Lori Petty is an American actress famous for her breakthrough role Tyler Endicott in the action crime film Point Break. Her other notable work credits are A League of Their Own, Free Willy, and Tank Girl.

How Old Is Lori Petty?

The 57-year-old is the eldest child of her parents. She spent her childhood with her two siblings. Among them, one is her younger sister Lisa Petty.

Regarding her education, in 2981, Petty graduated from North High School.

Career Insight: How Much Is Lori Petty Net Worth?

Professional since 1984, Petty has altogether 73 acting credits under her name. Similarly, she has one credit as producer, 3 credits as writer, and 2 credits as director. The multi-talented star is worth $3 million as of Celebrity Net Worth.

Just before starting her acting career, Lori served as a graphic designer for several years in Nebraska. She made her acting debut with an episode of the television series All My Children in 1985.

Some of her initial work credits are The Equalizer, The Twilight Zone, Freddy's Nightmares, The Thorns, Alien Nation, Booker, and Cadillac Man. Finally, in 1991, she earned widespread fame as Tyler Ann Endicott in the movie Point Break starring Patrick Swayze, Keanu Reeves, and Gary Busey. 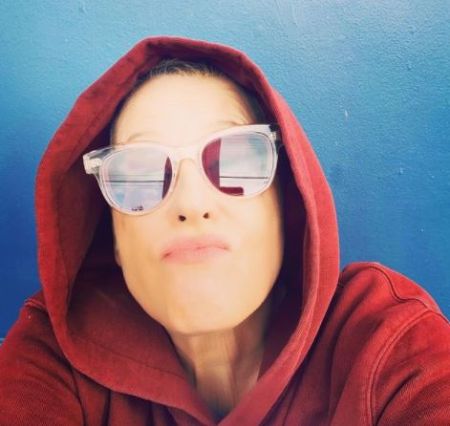 Petty's other notable acting credits include A League of Their Own, Tank Girl, Free Willy, The Poker House, In the Army Now, Lush Life, Brimstone, and Prison Break: The Final Break.

From 2014 to 2019, she played the role of Lolly Whitehill on Netflix's Original series Orange Is the New Black alongside Taylor Schilling, Laura Prepon, Jason Biggs, and Nick Sandow. Her post-production credits are Station Eleven and You're All Gonna Die.

Besides that, the millionaire directed and wrote films The Poker House and Horrible Accident. Similarly, she co-produced altogether 7 episodes of the television show Lush Life (also creator & writer in an episode).

Point Break actress is single at the moment. In an interview, Petty clearly mentioned that no matter what she always chose her career over her personal life.

As per Lori, she does not believe in weddings. Her hate for the tradition of marriage is the events she experienced during her childhood as she witnessed her parents hating each other.

As per reports, Orange Is the New Black actress was in a long-term affair with David Alan Grier during the mid-1990s.