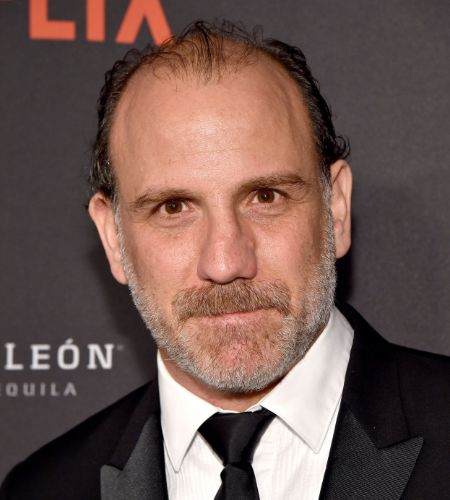 Nick Sandow is an American actor, writer, director, and producer perhaps most well-known for his portrayal of prison administrator Joe Caputo in the Netflix comedy-drama series Orange Is the New Black.

How Old Is Nick Sandow? What Is His Height?

Sandow was born in the demographically Italian-American Van Nest neighborhood of The Bronx but later moved to Manhattan to pursue a career in acting.

What Is Nick Sandow Known For?

Nick Sandow made his on-screen acting debut in 1994, with his first feature film role as Earls Man Max in the 1994 crime thriller Hand Gun.

He has subsequently gone on to appear in movies like The Mouse, No Exit, Arresting Gena, Grind, One Night Stand, A Brooklyn State of Mind, No Looking Back, Return to Paradise, Living Out Loud, On the Run, Uninvited, The Big Heist, Dust, Connie and Carla, The Lovebirds, The Accidental Husband, The Sitter, The Fitzgerald Family Christmas, Meadowland, and Stella's Last Weekend. He is most known for his portrayal of prison administrator Joe Caputo in the Netflix comedy-drama series Orange Is the New Black. He was initially only supposed to have sporadic appearances and was a recurring character in the first two seasons but was promoted to the main cast beginning in the third season. He has also directed three episodes of the show. Most recently, Sandow was seen as Murray Clarke in the CBS psychological horror crime drama series Clarice, based on Thomas Harris's best-selling 1988 novel The Silence of the Lambs.

According to celebritynetworth.com, Nick Sandow has a net worth of $1 million as of March 2021. The 54-year-old is most known as Joe Caputo in Netflix's Orange Is the New Black but he has been seen in several other projects including the recent CBS horror series Clarice.