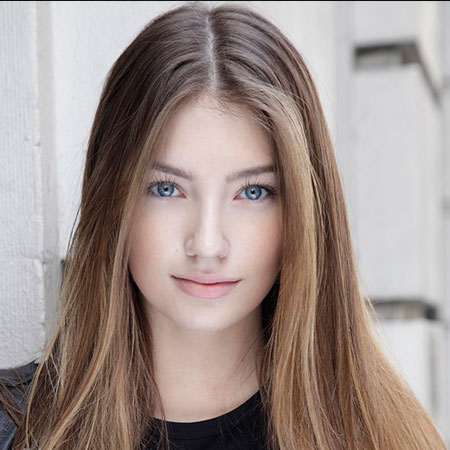 Lorena Rae is a famous German model and actress who grabbed huge attention for walking in the Victoria’s Secret Fashion Show 2018. She is also known for her rumored relationship with the legendary actor and film producer, Leonardo DiCaprio.

Lorena Rae was born on July 8, 1994, and is currently 24 years old. She was born in Diepholz, Germany, but is currently residing in New York, the United States of America. Lorena is of American-German nationality and belongs to Caucasian white ethnicity.

Rae is yet to disclose information regarding her family and parents, however, she has three siblings; two sisters and a brother. The name of one of her two sisters is Celine Rae. It was her dream to become model since her early days.

Lorena might have done her primary schooling in her hometown.

Lorena Rae, who is now regarded to be one of the famous Victoria’s models, started her modeling career working for brand Bijou Brigitte traveling to Milan and Ibiza.

Wilhelmina agency signed her in 2015. The same year, she was mentioned in GQ Germany Online and worked for a couple of brands like NewYorker and Guess.

The following year, Playboy Digital mentioned her as an Instagram Crush. She then became L’Oreal representative in 2017 and also appeared in OOB Magazine.

In 2018, Lorena walked for the Victoria’s Secret Fashion Show 2018 and also appeared on the runway for Calzedonia, Shiatzy Chen.

Lorena Rae’s Net Worth And Earnings

Lorena earns a great amount of money from her professional modeling career and endorsements. As of 2019, Lorena Rae’s net worth is reported to be around $1 million. Her annual salary is said to be in thousands of dollars.

Lorena Rae’s personal life including her dating life and relationship affairs has always been surfed around. But, it was her dating rumors with Leonardo DiCaprio that made headlines.

Lorena Rae's dating rumors with DiCaprio came into the news after they were captured walking together at Hillstone on Park Avenue, New York, back on 14 August 2017. The pair has neither accepted and nor denied the fact.

When the duo was first captured together, DiCaprio had just broken up with Nina Agdal. Besides this, the pair was also spotted together enjoying quality time on a yacht in St. Tropez.

Once, when Lorena was asked about her dreams that she wants to achieve before she dies, she replied: “GET MARRIED!”

There are no any details of her past affairs and relationships, but her rumored boyfriend, DiCaprio has dated many celebrities like Emma Bunton, Kristen Zang, Bijou Phillips, Gisele Bundchen, Emma Miller, Camila Morrone, Bar Refaeli, and many others.