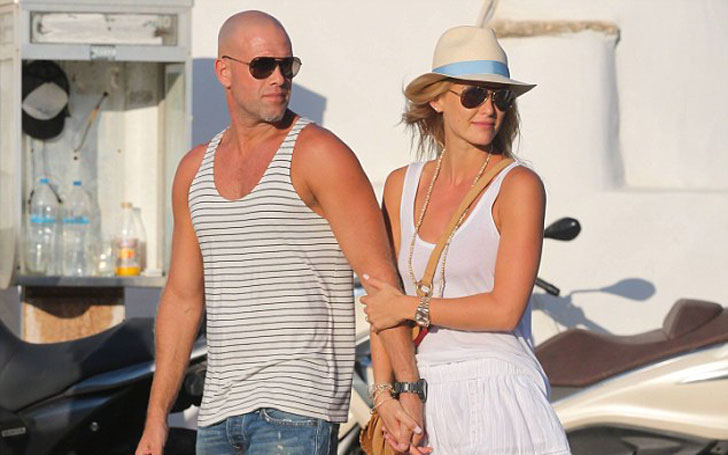 Bar Refaeli and Adi Ezra have become parents for the second time. Yes! the supermodel gave birth to their second baby a month ago.

Refaeli and Ezra are together since 2015. The supermodel mother of two has mentioned before that she wants a big Jewish family. Second step closer to the goal already!

So, let’s get to know more about the baby and the married life of Bar Refaeli and Adi Ezra. Shall we?

Bar Refaeli and Adi Ezra welcomed their second baby, Elle Ezra on October 2017 at 10 pm at Tel Aviv Medical Centre. Both the baby and her momma were healthy before and after the delivery.

Refaeli couldn’t hold her excitement and said that she is very happy to be a mother again.

Our hearts are full of love right now, as I am excited to announce I am a mom of two.

We welcomed Liv’s little sister, Elle, into the world on Friday, October 20th at 20:50 pm, weighing 3 kilos. We are all happy, healthy and eager to start this new chapter in our lives.

Not only now but she has been excited about being a mother from the very start as she posted a lot of pictures giving updates about her pregnancy.

Though Bar Refaeli, apart from her modeling she is also famous for dating some of the Hollywood celebrities like David Charvet and Leonardo DiCaprio, it now seems that she has finally settled down in her life with Adi Ezra. So how is their relationship going on right now? Let's have a look.

Bar Refaeli and Adi Ezra's Married life-How It All Started!

Bar Refaeli and Adi Ezra met through mutual friends and the sources assume that they gradually established their relationship after that.

Fast forward to today, Bar and Adi are head over heels in love with each other. Not our words, read what Refaeli has to say about their relationship:

We love each other very much," she said. "Everything fits and everything is just right.

Also, reportedly, Bar's family always liked Adi Ezra and not only bar Refaeli but her family is happy too.

As far as their love life is concerned though her marriage with Arik Weinstein didn't last and it seems that her marriage to Ezra going perfectly, and the couple are giving us family goals right now.