Busy In The Melodrama World Tour, Lorde Recently Rocked The Stage In Her Brooklyn Concert 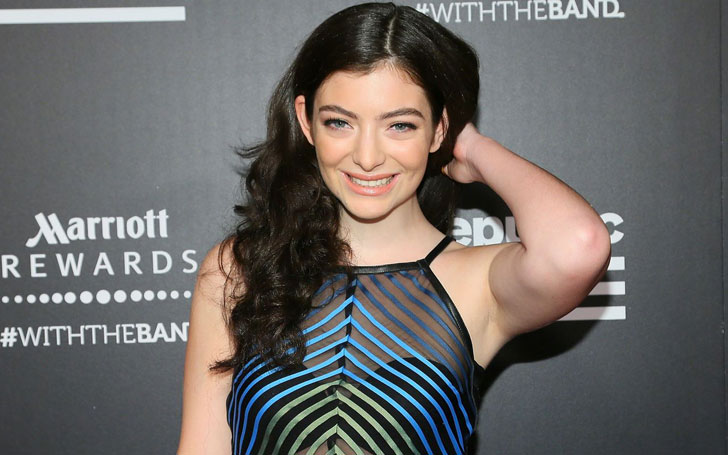 Lorde is treating her fans with several covers on her second world tour, The Melodrama World Tour.

Lorde is busy performing promotional concerts all over the world for her second album, Melodrama. The 21-year-old New Zealand pop singer kicked off The Melodrama World Tour on 26 September 2017 from O2 Apollo Manchester in Manchester. 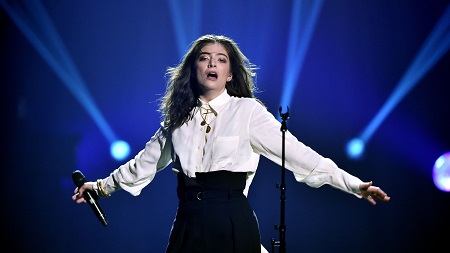 CAPTION: Lorde kicked off her The Melodrama World Tour since 26 September 2017 SOURCE: MTV

During her recent Brooklyn Concert, the pop star honored the Barclays Center's crowd with a cover of St. Vincent’s New York. She was accompanied by Jack Antonoff as he played an acoustic guitar during her performance. She then transitioned into LP track Hard Feelings.

Previously, she performed Drake's Shot For Me in her Air Canada Centre concert at Toronto. In Chicago, Grammy Award-winning singer(one of the youngest) treated her fans with Kanye West's Love Lockdown and later in Milwaukee, Lorde covered Frank Ocean's Solo.

Her upcoming concerts will be in Newark at Prudential Center on 6 April 2018. Other than that she will be performing in different cities in Europe including London, Moscow, and Barcelona and also in some part of Asia like Jakarta and Brazil in South America.

She was also scheduled to perform in Israel on 5 June 2018, but the show was canceled due to some political protest. Altogether she will perform 70 concerts in various parts of North America, Europe, Oceania, Asia and South America.

During her early career, Lorde used to perform with her friend Louis McDonald as a duo named Ella & Louis. She later started her solo journey and released her solo EP, The Love Club EP in November 2012.

Her professional musical journey began in 2013 after she released her debut studio album, Pure Heroine. The album topped several charts of New Zealand and Australia and she even received her Grammy Award nomination for Best Pop Vocal Album.

Lorde released her second album Melodrama on 16 June 2017. The album became one of the best albums of the year and it was even named number one on the Billboard 200. Lorde was nominated for Grammy Award for Album of the Year in 2018. Green Light, Sober, Liability, Perfect Places are some of the tracks included in the album.