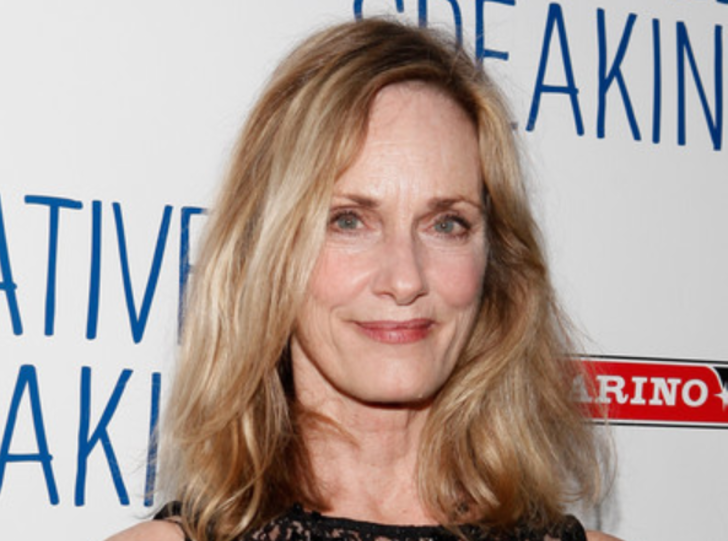 Professionally active in the acting industry since 1986, Lisa Emery, an American actress defines that dedication and hard works grab success regardless of age. The 68 years old Pittsburgh native got her career breakthrough with the portrayal of Darlene Snell in the Netflix crime drama series Ozark (2017- Present). Throughout her journey of over 3 decades, Emery saw career transition from stages to TV and films, totaling 44 acting credits.

Wanted To Become A Painter Before Acting Interest

Born on January 29, 1952, in Pittsburgh, Pennsylvania, the USA, Lisa Emery reportedly is the daughter of an aspiring actress and advertising executive father. However, the American stage-turned-TV actress is low-key about the details of her family.

Fond of arts, Emery wanted to become a painter & enrolled at Hollins College in Hollins, Virginia to study painting. While there, she found acting quite impressive & attended drama cla s ses too. Following graduation, Lisa went to Circle in the Square Theatre School for a year before her move to New York, where she saw a 2 year-program at Circle in the Square Theater.

What Is Lisa Emery's Age & Height?

Before recognition in on-screen mainstream, Lisa worked as a theater actress & without a doubt, her stage career played a vital role in acting prominence. She began her career in the New York stage in the early 80s & got a Broadway debut in 1983 through Pa s sion.

How She Got Breakthrough To Fame?

In 2017, at the age of 65, Lisa Emery got her acting career breakthrough after portraying one of the main cast Darlene Snell in the crime-drama web series Ozark starring Jason Bateman, Laura Linney, Sofia Hublitz, Skylar Gaertner, Julia Garner & others.

The TV series premiered on July 21, 2017, and totals 30 episodes incluing the 3rd season released on March 27, 2020. After the Season 3 of Ozark recived 97% rating by Rotten Tomatoes, it renewed for the 4th & final season, annoucned in June 2020. Reportedly, the Season 4 of Ozark will have 14 episodes split into two parts.

Having worked in Madam Secretary (2019) and Blindspot (2019), Emery is preparing to appear again as Darlene Snell in upcoming Season 4 of Ozark. Moreover as per IMDB, she will potray Debra in the thrill film Catch the Fair One starring Kali Reis, Daniel Henshall and Tiffany Chu.

Is A Divorcee: What Is Her Ex-Husband's Name?

Lisa Emery was in a marital relationship with then-husband Josh Pais, an American actor famous for roles in Teenage Mutant Ninja Turtles as Raphael & as recurring role Assitant M.E. Borak in Law & Order (1990- 2002, 15 episodes). The duo married in 1990, but divorced after 13 years of relationshp in 2003.

While together, they now-former couple welcomed 2 children; one of them is son named Zane Pais (b. September 22, 1993) who is an  actor, while the detials on another child is yet to be out.

Ever since her divorce, Lisa has remained tight lipped about her relationship status & is allegedly single. But prior to Josh, Emery was in a relationship with then-boyfriend (name undisclosed) with whom she came to New York to pursue stage career.

On the other, Lisa' ex-husband Josh is married again; exchanged vows with second wife Marie Forleo.

Online sources estimate Lisa Emery's net worth at $3 million in Ocotober 2020. Ever since TV debut in the mid-80s, Lisa works in TV series & films counts 44, while stage career made a significant aid in her fortune. Her career breakthrough as main cast Darlene in Ozark grabs her a notable sum of money.

Currently, she lives in East Village, where she first moved in 1982.