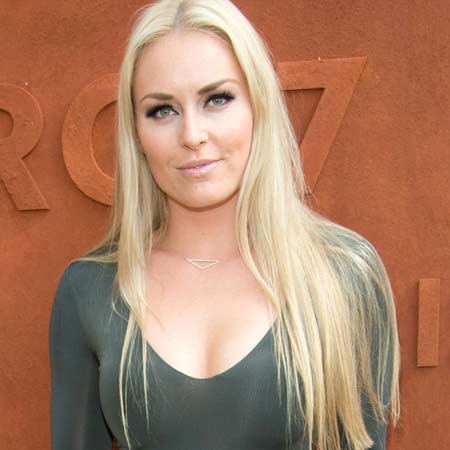 Lindsey Vonn is an American alpine ski racer who has the title of four times World Cup overall champion. Similarly, she is the all-time leader in World Cup race victories. In 2010, Vonn won Olympic gold medal in downhill becoming the first American woman ever to win and the same year, she received the Laureus Sportswoman of the Year award and was also the United States Olympic Committee's sportswoman of the year. Besides, she is also an author and has written a book "Strong Is the New Beautiful" which was a New York Times best-seller for sports books in October 2016.

Lindsey Caroline Vonn (Lindsey Caroline Kildow) was born on October 18, 1984, in Saint Paul, Minnesota to her father Linda Anne (née Krohn) and mother Alan Lee Kildow. Her zodiac sign is Libra which defines her personality to be gentle and kind.

Vonn started skiing from the age of two and was helped by her father who won a national junior title before a knee injury at the age of 18 years old. Vonn met an Olympic gold medallist ski racer Picabo Street at the age of 10, whom she considers her hero and a role model. In the late 1990s, she went to Colorado to train for several years before her family moved to Vail, Colorado.

Vonn went to the University of Missouri High School and attended an online program through the university's Center for Distance and Independent Study.

At age 17 she was qualified for the 2002 Olympics in Salt Lake City and finished the combined event in the sixth position.

After that, she became one of America’s most celebrated skiers. Being a specialist in speed events, she won over 78 World Cup victories mostly in downhill and Super-G races from 2008 to 2018. She was so pa s sionate and dedicated that she won back-to-back-to-back overall World Cup Championships in 2008, 2009 and 2010, finished second in 2011, then won again in 2012.

In 2010, even though she suffered a pre-Olympic shin injury, she recovered to win a gold medal in the women’s downhill and became a first American ever to win. Again in 2014, she missed the Sochi Olympics due to injury.

We have presented you a video in which Lindsy Vonn won her 78th FIS Ski World Cup victory in super-G in Val d’Isere, France, 2017.

Lindsey Vonn came back to her winning ways, taking her 78th FIS Ski World Cup victory in super-G in Val d’Isere, France, 2017.  She again recovered back to win a bronze medal in the downhill at the 2018 Olympics in PyeongChang, South Korea. Some of her prestigious titles are given below:

You May Like: One More Medal For USA in Winter Olympics: Lindsey Vonn Claims Bronze In Women's Downhill

Besides athletics, Vonn also runs the Lindsey Vonn Foundation, which helps girls to earn scholarships for education and athletics. The foundation also provides several camps for young girls with activities like yoga and hiking, as well as the chance to meet Vonn.

She is also a writer and wrote a book titled "Strong Is the New Beautiful", which provides her tips on fitness, eating, and strength, in October 2016. The book was a New York Times best-seller for the sports section.

Lindsey Vonn has over 79 wins from her skiing career which has cemented her name in the record books. Two Olympic medals- a gold and a bronze and a host of world championship hardware along with a bronze in the downhill event are some of her winnings.

It is unclear how much is her net worth in 2018, but as per the Forbes' list of 2013, her income was $3 million. Vonn has earned more than $128000 for her astonishing performance in the International Ski Federation in the year 2018.

Vonn also runs the Lindsey Vonn Foundation, which is dedicated to helping girls to earn scholarships for education and athletics. The foundation also provides several camps for young girls with activities like yoga and hiking, as well as the chance to meet Vonn.

Vonn’s other main source of income is her numerous endorsement deals including Red Bull, Beats by Dre, Rolex, Oakley, Hershey, Proctor & Gamble, GoPro and Under Armour.

Her sponsorship deals are clearly visible in a number of ways. She wears a Red Bull helmet while taking part in the competition and a Red Bull beanie on the podium. Being a brand amba s sador for Proctor & Gamble, she has posted videos on her Instagram page advertising their Bounty paper towels.

Taking about her a s sets, Vonn has two homes in California and Colorado.

In 2018, she has listed her West Hollywood home in California for $3.8 million (which she bought in 2016 for $3.55 million). Just about 20 miles north in Sherman Oaks, is her new California home, which she bought for $2.6 million in September 2017. Her house has four-bedroom, five-bathroom which has a contemporary style and a stunning kitchen and master suite.

When Vonn was 17, she met former U.S. alpine ski racer Thomas Vonn who is 9 years her senior at her Olympic debut in the 2002 Salt Lake Games. Thomas began helping Lindsey in her career and they got really close. The couple dated for six years and married in September 2007.

After the marriage, Thomas began focusing his attention on his wife’s career becoming her coach, adviser, manager and "sports psychologist". Vonn forgot to invite her father to her marriage which caused the rift in their relationship. She did not speak to her father for 6 years. Later, the couple divorced in the year 2011.

In the year 2012, Vonn met Tiger Woods at a charity event. The pair soon began dating, and she started giving more priority to her relationship rather than career resulting in her poor performance in the 2013 and 2014 seasons. In May 2015, Vonn and Tiger announced their friendly split after three years of dating.

Her current relationship is not known to the public but she seems to be focusing on her foundation and career.

Vonn holds American nationality and her ethnicity is Mixed.