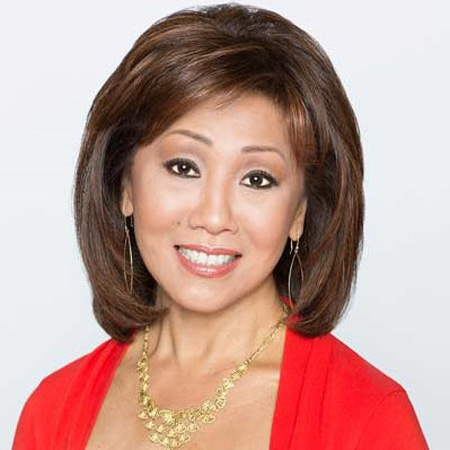 The Asian-American former news anchor and author Linda Yu, widely recognized for ABC's 4 PM Eyewitness newscast in Chicago, where she worked as the news co-anchor along with Alan Krashesky. It was announced in the year 1979 that Yu became the first Asian–American broadcast journalist when she started her news career in Chicago at WMAQ-TV.

The retired news anchor and author Linda Yu was born on December 1, 1946, in Xian, China. Yu belongs to Chinese nationality and ethnicity wise, Yu is a South Asian. Her family moved to Hong Kong when she was only three years old.

After that, Yu’s family again migrated to the United States when Yu was at the tender age of five. Upon arriving at the US, Interestingly, she spoke only Mandarin and knew just three English words (“Thank You” and “Hi”).

Yu spent most of her childhood days in different cities of US as she lived in Pennsylvania for four years and Indiana for a couple of years along with her parents. Yu’s family eventually settled in California when she was twelve-year old.

Yu accomplished her Bachelor of Arts degree in Journalism from the University of Southern California in 1968.

Linda Yu started her broadcasting career in 1970 by working with KTLA-TV as a writer and producer. After working as a general assignment reporter and backup anchor at KGO-TV, she went on to Chicago in early-1979 to work at the NBC’s WMAQ-TVi.

Yu joined the WLS-TV station in April 1984 and began working as a co-anchor along with Joel Daly and Kathy Brock for the station's 4 PM newscast. After serving for 46 years in the field of broadcasting and 37 years in the Chicago market, she announced her retirement from WLS-TV on September 6, 2016.

Besides, Yu has garnered two Emmy awards, first for the special newscast on March 30, 1981, and second for her report and coverage of a construction accident in Chicago's downtown, in the following year.

The seventy-year old, Linda Yu was married to Richard Baer and later got divorced but now she is living joyful life along with her two children. The hard working and talented journalist, Yu once shared married life with her ex-husband psychiatrist, Dr. Richard Baer.

Yu and her boyfriend Baer tied their knots on June 12, 1982 after dating for a long time. They organized their wedding ceremony at St. James Cathedral in Chicago. Shortly after their wedding, unfortunately, both the bride and groom involved in a terrible auto accident while going on their honeymoon in southern France.

Following the accident, Yu’ husband Baer became hospitalized due to a mild concussion. The couple welcomed their first child, a son Ricky in August 1985. Yu gave birth to their second child, a daughter, Francesca in February 1988. Their son Ricky is a writer and daughter is an actress.

However, Yu and Baer got divorced in the year 1996. Unluckily, Yu again faced a tragic motor vehicle accident in January 2014, where she broke her leg. But, she currently lives happily along with her children in Illinois.

Linda Yu has earned a hefty amount of net worth as a TV personality and author. She is a former co-anchor of ABC's 4 PM Eyewitness as well as has appeared in movies too. Yu’s estimated net worth is to be $2 million. Yu also received more than $69,150 as an annual salary, while she was working as a news anchor for the Eyewitness newscast.