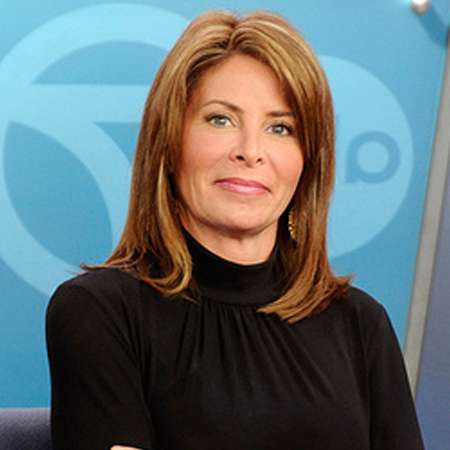 Kathy Brock is a former TV journalist works for ABC's affiliate WLS-TV Chicago. She was an anchor of the WLS-TV's 6 pm and 10 pm news broadcasts alongside the co-anchor Alan Krashesky.

Kathy Brock lives a happy married life with her second husband Doug Regan and her two children in Chicago, Illinois. She is spending her time with her children after she announced retirement from the ABC network in late May.

Kathy Brock was born on July 24th, 1959, in Pasco, Washington and spent her most of her childhood there. She is American by nationality and of White American ethnicity. Her talent and passion for journalism led her to become one of the most top rated newscasters in Chicago. At present she co-anchor news in company with Alan Krashesky, the show aired on ABC 7 at 6 pm and 10 pm as well.

Kathy Brock was educated at Pasco High School from where she graduated in 1977. She then later joined Washington State University and graduated with a Bachelor's degree in Journalism.

Kathy Brock's career in journalism started in the year around 1990's and worked at WLS-TV as a co-anchor of morning news. On the first day of the newscast, she was very nervous but John Drury was there to give a helping hand and continued from 1993 till the end of 1998.

She then became co-anchor of the 6 p.m newscasts alongside Floyd Kalber and from 1998 she co-anchor with Alan Krashesky. Brock has also worked in a various news channel, including Pasco-based KEPR-TV, KBCI-TV of Boise and KWSU-TV of Pullman, Washington.

Kathy Brock also served as a reporter as well as an anchor for KUTV-TV in Salt Lake City, Utah, where she worked for six years before she joined ABC 7 Chicago. In 2003, she got a promotion and took the place of Dian Burns after she left, ever since she anchored the 10 p.m newscasts alongside Ron Magers. Brock's anchored newscast became the number 1 and most watched news channel in Chicago and became famous in the nation.

On May 30, 2018, media critic Robert Feder announced that Kathy Brock was stepping down from ABC7 after 28 years of association with the station. Brock said in a note to her colleague "I want to explore other passions and see what life's like off the night shift."

Cheryl Burton was named as Brock's successor for the 10 pm show on June 12, 2018, and anchor Judy Hsu was announced as the new 6 pm anchor for the network.

Kathy Brock's personal life is very less known as she has managed to keep her private life away from the public. However, it is known that she is married twice.

Brock's first husband was Micael Staab, an attorney with whom they share two children. The couple splits shortly after giving birth to their second son together and after their divorce, Kathy took her children's custody.

Brock started dating a banker of JP Morgan, Douglas P. Regan shortly after her separation with her first husband. After about a year of an affair, the couple tied the knot in 2011. At the present, the famous journalist lives a happy married life with her second husband Regan and her two sons in Chicago. She also has three step-daughters from her husband's past relationship.

Kathy Brock is 5 feet 5 inches in height and managed to keep her body fit and sexy at the same time despite her growing age. She has a physique body figure that will bring ever around and she is been admired globally for her works.

Kathy Brock's Salary And Net Worth

Kathy Brock's hard work and style of anchoring the news have showered her with a million dollar net worth. As of 2018, the famous ABC7 anchor's net worth can be speculated at around $1 million, however,, her net worth is still under review.

According to a report from paysa.com, an ABC 7 Chicago News anchor gets around $79,574 salary annually. The payment ranges from $51,325 to $98,020. As Brock is a prime time show anchor, she is bound to get the salary close to the upper boundary or even more.

Brock is also active on various social networking sites and her biography can be obtained from Wikipedia and other several bio-related websites. One can follow/like her on Facebook, Twitter and so on to know her day-to-day updates.