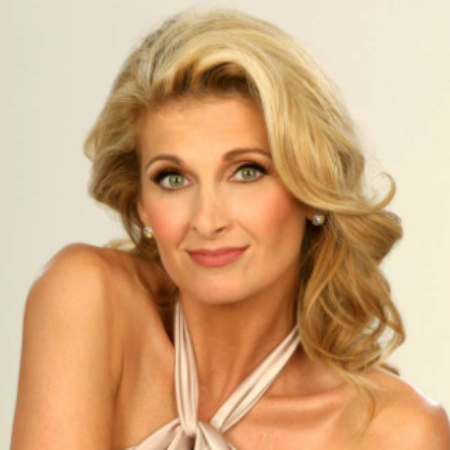 Linda Davis is a renowned award-winning American country music singer who began her career back in the 1980s. She won the Grammy-award for Best Country Vocal Collaboration with her highest chart entry, Does He Love You, alongside Reba McEntire. The three-time Grammy winner, Linda is also the wife of the famous country singer Lang Scott and the mother of Lady A band co-lead singer, Hillary Scott.

Linda Davis was born Linda Kaye Davis on November 26, 1962, in Dodson, Texas, the United States. She is the daughter of Milford Davis (father) and Oneita Davis (mother).

She is 58 years old as of now. She has a height of 5 feet 6 inches, i.e., 1.68 meters. American, in terms of nationality, she belongs to a white ethnical group.

Country singer Linda Davis started singing when she performed in public on a local radio show at the early age of six. Subsequently, she moved to Nashville, Tenessee, and form the duo Skip & Linda alongside singer Skip Eaton.

Prior to her solo career, she released three minor country singles: "If You Could See You Through My Eyes," "I Just Can't Turn Temptation Down," and "This Time" in 1982. 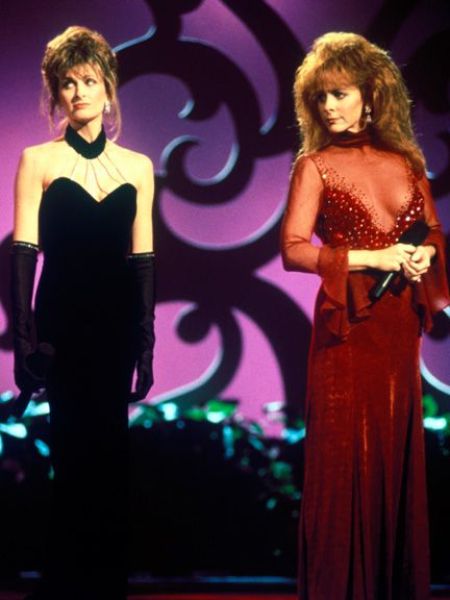 Linda Davis and Reba McEntire debut their multi-award-winning duet "Does He Love You" at "The 27th Annual CMA Awards" SOURCE: Pinterest.

Her duet with Reba McEntire for the track "Does He Love You" gave both of them the Grammy-award for Best Country Vocal Collaboration.

Similarly, her solo singles include "Some Kinda Woman," "There's Something 'Bout Loving You," "Company Time," "I Wanna Remember This," and "I'm Yours."

Furthermore, she received the Billboard Music Award for Top Christian Song "Thy Will" in May 2017 with Hillary Scott & the Scott Family.

As of March 2021, Linda Davis has a net worth of around $9 million, which she amassed from her decade-long musical career.

On the other hand, her daughter, Hillary, has a huge net worth of $25 million in 2021. She is a singer-songwriter and co-lead vocalist of the music group Lady A.

Moving on to her personal life, Linda Davis is married to famous country singer Lang Scott. The two tied the knot back in 1984. 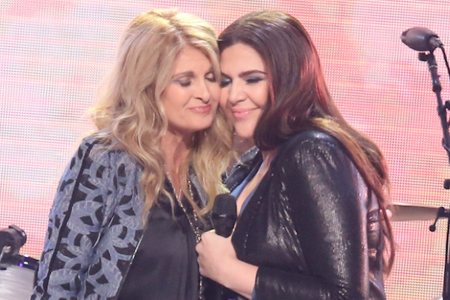 Following her parent's footsteps, Hillary became a famous singer and as of now, she is the co-lead vocalist of the music group Lady A. On the other hand, Rylee is focused on her education and mostly stays out of the media radar.