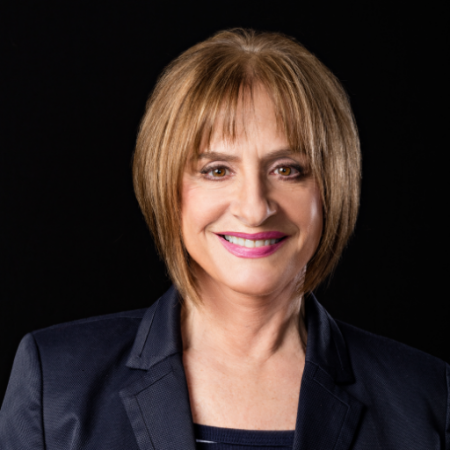 Patti LuPone is a Tony and Grammy Award-winning and Emmy Award-nominated American actress and singer. She is known for her appearances in movies like 1941, Driving Miss Daisy, City by the Sea, and Last Christmas, and TV shows like Life Goes On, Frasier, 30 Rock, Glee, American Horror Story: Coven, Girls, Penny Dreadful, and Pose.

How Old Is Patti LuPone? What Is Her Height?

Patti LuPone was born Patti Ann LuPone on April 21, 1949, to library administrator Angela Louise Patti and school administrator and English teacher Orlando Joseph LuPone. She is 71 years old at the time of this writing and stands at 5 feet 2 inches (1.57 meters).

Patti is a graduate of the prestigious Julliard School, cla s s of 1972.

Who Is Patti LuPone's Husband? Does She Have Children?

Patti LuPone has been married for over 32 years to her husband, cameraman Matthew Johnston, since tying the knot on December 12, 1988. They first met in 1986 when they were working on the made-for-TV movie LBJ: The Early Years -- her, as an actress and him, as a cameraman. 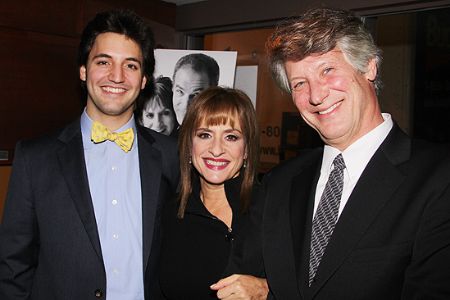 Patti LuPone with her husband and son SOURCE: Broadway.com

They married on-stage at the Vivian Beaumont Theater at NYC's Lincoln Center. Their only son, Joshua Luke Johnston, was born on November 21, 1990.

What Is Patti LuPone Known For?

Patti LuPone made her professional stage debut off-Broadway in 1972 in the play The School for Scandal. She made her Broadway debut the following year in an adaptation of the Anton Chekov play Three Sisters as one of the sisters, Irina. She subsequently appeared in Broadway adaptations of plays like The Beggar's Opera, The Beggar's Opera, Scapin, and Next Time I'll Sing To You.

LuPone made her on-screen debut in 1976 and has appeared in movies like King of the Gypsies, 1941, Fighting Back, Witness, Wise Guys, Driving Miss Daisy, Family Prayers, The 24 Hour Woman, Summer of Sam, State and Main, Heist, City by the Sea, Union Square, Company, Parker, The Comedian, Cliffs of Freedom, and Last Christmas. 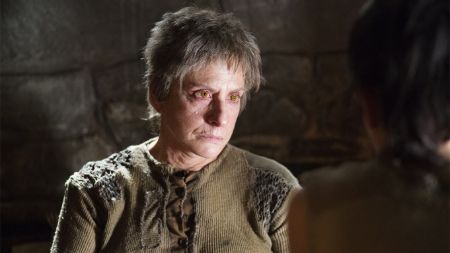 On television, she is most known as Elizabeth "Libby" Thatcher in the ABC drama series Life Goes On, Aunt Zora Crane in the NBC sitcom Frasier, Joan Clayton in the Showtime gothic horror series Penny Dreadful, Ms. Frederica Norman in the FX queer drama series Pose, and Avis Amberg in the Netflix drama series Hollywood.

She published her memoir, Patti LuPone: A Memoir, in 2010.

How Much Is Patti LuPone Worth?

According to celebritynetworth.com,  Patti LuPone has a net worth of $8 million as of March 2021. The 71-year-old is a 45-year veteran of on-screen acting and has spent even longer as a stage actress. On IMDb, she is credited in nearly 75 movies and TV shows including movies like 1941, Driving Miss Daisy, City by the Sea, and Last Christmas, and TV shows like Life Goes On, Frasier, 30 Rock, Glee, American Horror Story: Coven, Girls, Penny Dreadful, and Pose.