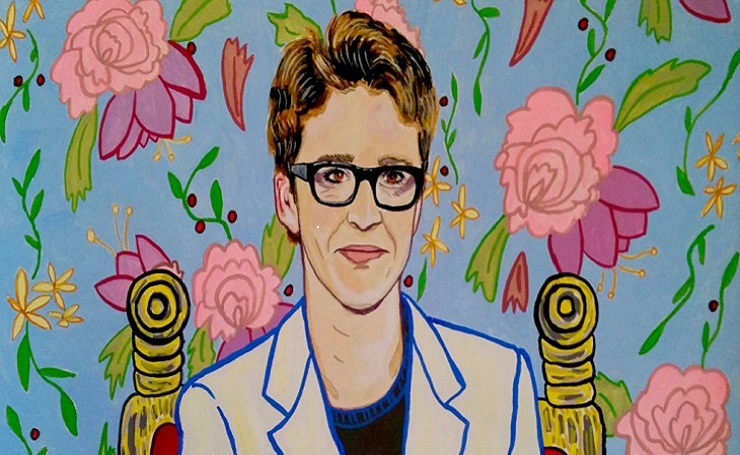 While CNN is surrounded by Kathy Griffin’s Trump case, Anderson Cooper's eye rolls and dump comments and a never ending panel of ''experts'' and a clash between their egos, MSNBC has quietly managed to bring liberal media to the top, surging on Fox News.

If by "special" you mean doped to the gills and still flat-on-my-back sick, you're right.

MSNBC was last on Prime -Time No.1 seventeen years ago during Bill Clinton’s presidency. Trump’s presidency came with aspects American media knew not how to handle. And amidst this anxiety in media, especially the political left, MSNBC’s reliable liberal anchors like Rachel Maddow seems to have perfected how to cover the present scenario. MSNBC beat its rival Fox News in May with highest prime-time viewership on weeknights among 25-54 age demographic by a 118 percent more than last year. MSNBC’s parent company NBC News’ chairman Andrew Lack announce his intention to shift MSNBC towards straight-ahead news gathering nonpartisan style, it seems to have worked!

What contributes to MSNBC’s rise to Prime Time No.1?

The network’s rise has come from opinionated commentaries, from Rachel Maddow moving to No. 1 in Prime -Time with her strong monologs dedicated to President Trump’s ties to Russia to Lawrence O’Donnell openly talking President Trump’s impeachment. When asked if MSNB was Fox News of the Liberals or the political left in the United States of America, chairman Lack said:

“I don’t buy it,” he said, his voice rising. “And honestly, I’ve never been comfortable with the Fox examples, of how we compare to them or being an alternative to them. I don’t think we’re an alternative to anything. We’re live, breaking news during the day, and the smartest, most insightful opinion space we can create at night.”

Even though MSNBC is No. 3 in daytime, it’s morning and afternoon audience is rapidly growing, the number of viewers between 9 a.m to 5 p.m has almost doubled in May this year compared to the last year outstripping Fox News and CNN’s growth by a huge margin.

“There is no question that progressives, liberals on the left side of the political spectrum, have in MSNBC the home they’ve known,” Mr. Lack said in a phone interview. “The work that’s being done is outstanding there in my view, and they’re being rewarded for it.”

MSNBC’s Rival CNN is as Expected, Less Than Impressed

Barbara Levin, a CNN spokesperson said CNN is ‘’ “the one nonpartisan cable news network.’’ She went on to say that CNN anchors like Jake Tapper and Anderson Copper had outstripped MSNBC in their respective slots in the 25-54 demographic last month. She went on and added:

“These highly partisan times have clearly been good news for MSNBC’s opinion programming,”

To keep things fair, MSNBC is surging after its rival Fox News started reeling due to various administrative shake-ups like Bill O' Reilly's exit among others. Cable news, after all, is a fickle business. Only last week, Fox News went to No.1 on weekday Prime -Time when Ms. Maddow had called in sick at MSNBC.

For more updates on U.S Media celebrities keep coming back to Article Bio.