Lia McHugh, an American child actress made her TV debut at the age of 11 through the doc u mentary A Haunting in 2016. Blessed with such a promising acting approach, the Pittsburgh native marked her TV success with the portrayal of Jessica Nolan in the comedy series American Woman (2018). Thanks to her on-camera skills, she landed a significant role as Sprite in the Marvel superhero film Eternals (2021).

When and Where Was Lia McHugh Born?

McHugh was born Lia Ryan McHugh on November 18, 2007, in Pittsburgh, Pennsylvania, the USA. Her zodiac sign is Scorpio; the person of this horoscope is not afraid of hard work that defines Lia's personality of confidence & professionalism despite being young. 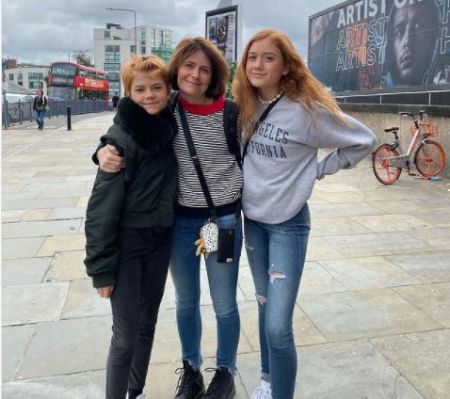 Although the detail on her parents is yet to be out, she is reportedly from an acting family. Her elder sister Flynn McHugh is also an actress. She is the second youngest of 5 siblings- Flynn, Shea, Logan and has a younger brother Gavin, who has cerebral palsy & is also an actor in the drama series 9-1-1.

Since her early days, Lia McHugh showed interest in acting and reportedly moved to Los Angeles from Pennsylvania to pursue a career as an actress. In 2016, then-11 years old earned her TV debut through the doc u mentary series A Haunting.

A year later, in 2017, she was cast in two films: Hot Summer Nights starring Timothée Chalamet & Maika Monroe; and in Totem alongside Kerris Dorsey & Ahna O'Reilly. 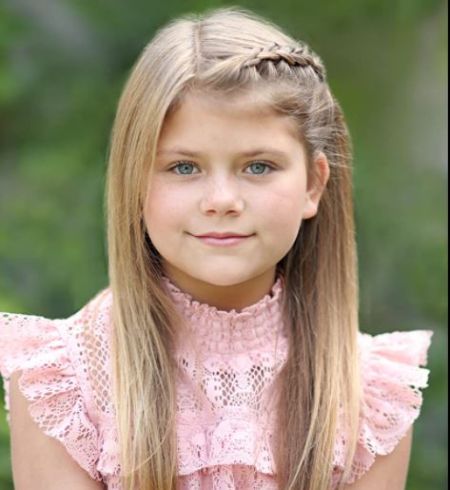 Moreover, the American actress is set to play Sprite in the MCU film Eternals (2021); the release date of the movie is November 5, 2011. It stars Richard Madden, Angelina Jolie, Kit Harington, Salma Hayek, and Gemma Chan.

How Much Is Lia McHugh's Net Worth?

Professional since 2016, McHugh grabbed fan attention and on-screen prominent in a short span of 4 years & records 9 acting credits. While the actual payroll of the American child actress is yet to be out, she allegedly earns in the 6-digit figure. As of January 2021, Lia McHugh has a net worth of $250,000- the source of such a huge fortune is none other than her acting career.

The American Woman actress currently lives with her parents and siblings in Los Angeles, California. An avid Instagram user (@liaryanmchugh), McHugh's official account has over 14.8K followers as of January 2021. While not working on the screen, she prefers to spend time with her family and often posts adorable moments on her Instagram.

The blue-eyed charming actress has blonde hair, which she likes to keep short. She is a dog-person and owns two Goldendoodle dogs named Freddy and Walker.

2) When Did Lia Made Acting Debut?
Answer: At the age of 9, Lia McHugh made her on-screen debut through the TV doc u mentary A Haunting in 2016.

5) How Much Is Lia McHugh's Net Worth?
Answer: Lia McHugh has a $250K net worth in 2021- notably thanks to her appearance in the TV series American Woman and film Eternals.

6) Is McHugh Dating?
Answer: Currently in her early teens, Lia is not dating at the moment. She rather spends time with her family and is focusing on her career.