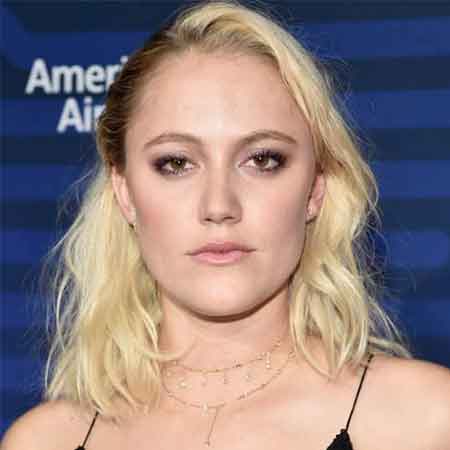 One of the rising and outstanding actresses, Maika Monroe is well known as a scream queen after her work in the highly appraised movie The Guest (2014) and It Follows in the same year. She is also famous for her role as Patricia Whitmore in Independence Day: Resurgence in 2016.

Maika Monroe was born Dillon Monroe Buckley on May 29, 1993, in Santa Barbara, California. She is the daughter of Jack Monroe, a construction worker and Dixie Monroe, a sign language interpreter.

She left Santa Barbara at the age of 17 and moved to Cabarete in the Dominican Republic to continue her training in kiting. Monroe did not attend school rather she completed her senior year of high school taking up an online course.

Monroe started her career in the film industry in 2012, starring as Cadence Farrow in an American drama film At Any Price (2012). After a year,  she appeared in the drama movie Labor Day in 2013 playing the role of Mandy.

Her big breakthrough came in 2014 after she portrayed the role of Anna Peterson in an American action thriller film The Guest. The same year, she also seemed in the horror movies It Follows as Jay Height from which she gained the title of the scream queen. Both the movies contributed a lot to her successful career.

In 2016, she co-starred alongside Nick Robinson, Chloë Grace Moretz, Liev Schreiber in the intrusion thriller film The 5th Wave as Ringer. She also co-starred in the movie Independence Day: Resurgence playing Patricia Whitmore.

Also, she appeared on TV series like Eleventh Hour as Maya Wynne and Flying Monkeys as Joan. As of 2018 Monroe played the role of Mia in After Everything and Julia in Tau.

As per the sources, Monroe has an estimated net worth of $1 million dollars. Here are some of her famous movies that collected a good sum at the box office.

Maika Monroe is not married however she has been in a few relationships. In 2013, she dated the popular American model and actor Taylor Lautner.

And in 2015, she had an encounter with Liam Hemsworth co-star of Independence Day 2. After that in 2016, she started dating the handsome American actor and model  Boyd Holbrook.

Here is a video where Monroe talks about Hot Summer Nights.