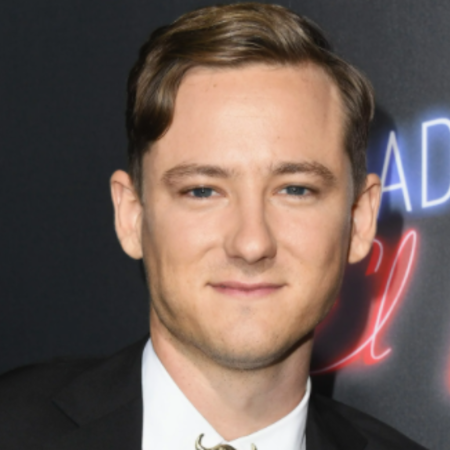 Lewis Pullman is a rising actor best known for his starring role in the psychological slasher film The Strangers: Prey at Night. The actor was lead cast in the thriller film Bad Times at the El Royale featuring Dakota Johnson, Chris Hemsworth, and Jeff Bridges. Along with his acting, Pullman is also a skilled drummer who plays for the band Atta Boy.

Lewis Pullman was born on January 29, 1993, in Los Angeles, California, the United States to Bill Pullman, an actor, and his wife, Tamara Hurwitz who is a modern dancer.

He was raised with his sister, Maesa Pullman, and brother, Jack Pullman. He is currently 27 years old who stands at a height of 6 feet or 1.83 m.

He carries American nationality and possesses a white ethnic background.

Onset Acting Journey From 'The Tutor'

Lewis Pullman, 27, began his acting journey from the short film The Tutor in 2013. He then appeared in the television series Highston in 2015. 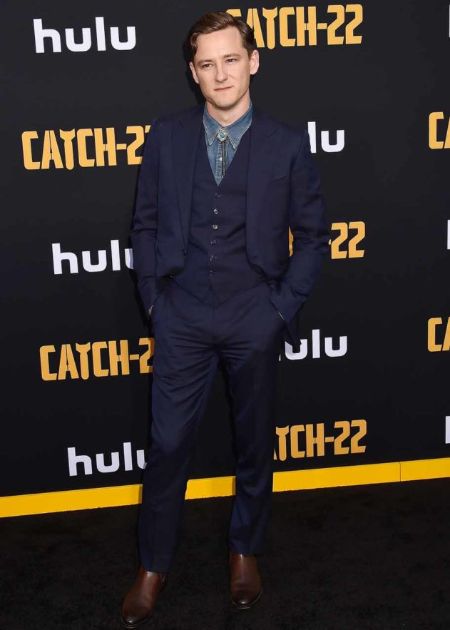 Lewis Pullman at the premiere of television series Catch-22 SOURCE: Go Fug Yourself

The same year, he worked in the short-film The Peter Ca s sidy Project. His other works in the short-movies and series are Where You Are, The Realest Real, and The Ballad of Lefty Brown.

In 2018, he starred as Luke in the psychological slasher film The Strangers: Prey at Night and Miles Miller in the thriller film Bad Times at the El Royale.

The actor was cast in the drama-thriller film Them That Follow in 2019. That same year, he featured in the action-adventure miniseries Catch-22.

As of his recent work, he acted as Dan in the short-comedy drama project The Voice in Your Head in 2020.

Along with his acting, he also plays drums for the band Atta Boy. The band has other three members which include actress/musician Eden Brolin, Freddy Reish, and Dashel Thompson.

Atta Boy released their debut album titled Out of Sorts in 2012. Similarly, they published their soph 0re album titled Big Heart Manners in 2020.

What Is Lewis Pullman's Net Worth?

The 27-year-old actor is believed to have an estimated net worth of $500 thousand as of October 2020. His major source of income is his acting career.

Lewis' exact payroll is not revealed yet. But, in the United States, the average salary of an actor is around $41,000 per year.

Furthermore, his father, Bill Pullman who is a renowned actor has a whopping net worth of $18 million.

The 6 feet tall actor isn't dating anyone and possibly single right now. He hasn't revealed anything regarding his relationship and girlfriend until now.

He seems focused on his professional career rather than starting dating someone. As of now, he lives with his family in Los Angeles, California.

Moreover, he is also active on social media, Instagram. He has over 12 thousand followers on her Instagram account as of 2020. He often uploads pictures with his cast members and family on his social media account.