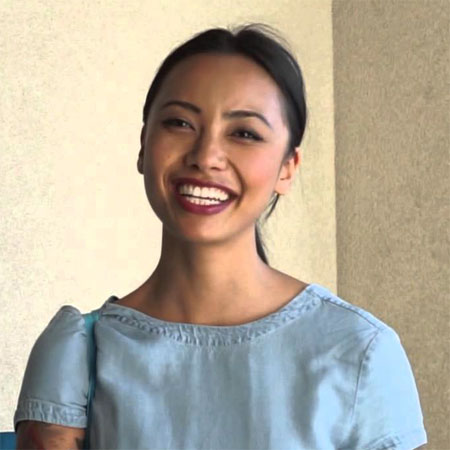 Levy Tran is an American actress and model. She is best known for her role in the movie, Furious 7. She is also famous for her guest appearance on MTV2 Guy Code. Asides from movies, she has appeared as a top model for popular magazines including Bizarre magazine among others.

Levy Tran was born on 8th April 1983 in San Jose, California, United States, under the birth sign Aries. She belongs to Vietnamese ethnicity/race and holds an American nationality. Her parents were Vietnamese immigrants.

Levy Tran began her career as a teacher at kindergarten & Mortuary College. Later on, she tended her start towards modeling and modeled for top brands including, Bizarre, Inked & Tattoo Life. During her career, she also gained the nickname, Goldfish.

In 2012, Tran made her appearance as a guest on the MTV2 series “Guy Code.” She made her big screen debut in 2015 appearing in the movie, Furious 7, alongside Vin Diesel, Paul Walker, Dwayne Johnson, Jason Statham, and others. The film was a smash-hit both commercially & critically.

Later, Tran worked in the movies including Female Fight Squad, and The Unwilling, The Silk Road, Fallen Lands, and others. Her last 2018's American supernatural horror web television series was The Haunting of Hill House. She was cast along with Carla Gugino, Kate Siegel, Michiel Huisman, and many more.

Levy Tran is one of the fortunate actress as well as a model. She has won millions of hearts through her unique acting skills.

Tran has earned a decent amount of salary from her acting & modeling career. Her movie, Furious 7 was a box office hit grossing $1.5 billion worldwide. She has maintained a good net worth in her life.

Levy Tran, 34, is unmarried. Also, her relationship status is unclear. She is very private about her love life. However, in the past, she had few romantic affairs.

Tran has posted several pictures with her male friends but has not confirmed of having a relationship. She had a boyfriend back in 2013. Tran tweeted saying she was having lunch with her boyfriend in Westwood on July 16, 2013.

However, Tran has not disclosed her boyfriend's name and has not updated whether or not she is still in a relationship with the same guy, or if she has a new boyfriend.