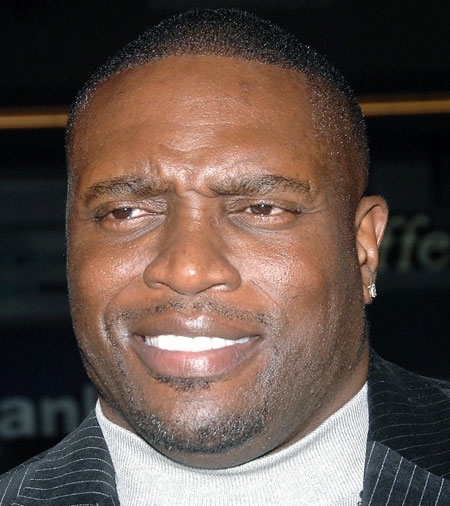 Robust at 6 feet 6 inches, Lester Speight has his hand in several fields, from football to stand-up comedy. The retired American footballer and wrestler Speight has found tremendous success in the entertainment world with numerous hit movies and television shows to his name. He first grabbed attention for his appearance in a series of Reebok commercials. His career reached new height after his portrayal Augustus Cole in the video game series Gears of War.

Born on 28th August 1963, in Baltimore, Maryland, Lester Speight is an American as per his nationality and holds Black ethnicity. He is the son of Gussie Waston (mother) and Richard Speight (father). He is also known with the name The Mighty Rasta
Rasta

This deficit also led Speight to face multiple problems during his school years. But, he later invested everything in sports instead of focusing on normal studies. He attended the Old Mill High School in Millersville.

With the heavily muscular physique, Lester was briefly involved in school sports and inducted at Old Mill High School Hall of Fame starring in three sports: football, track, and basketball.

After graduation in 1981, Lester got enrolled at the Morgan State University and majored in communications and minored in Theatre in 1995. At that time, he became a Division I All-American Linebacker for the University. He gained early fame after running the 40-yard dash in 4.3 seconds.

Subsequently, Lester signed a two-year deal with the Baltimore Stars for $200 thousand. But, the player never made it into the NFL. He later earned his transition into wrestling and worked for Global Wrestling Federation. He announced his retirement from the wrestling in 1997 to pursue an acting career.

Career In Acting Including His Breakout Role In Gears of War

Lester' passion and temptation for acting later prevailed when he landed his first professional role in a superhero movie The Meteor Man in 1993. He made television debut with a role in a 2000 television series Walker Texas Ranger. He skyrocketed to fame following his marvelous performance in a Reebok commercial.

Subsequently, the actor appeared in dozens of movies and TV shows like Harold & Kumar Escape from Guantanamo Bay, Malcolm in the Middle, Prison Break, My Wife and Kids as well.

In 2017, he appeared in a hit TV series NCIS: Los Angeles along with Chris O'Donnell, Peter Cambor, Daniela Ruah, Adam Jamal Craig among others. The same year, he featured in a movie Speech & Debate and The Mick. 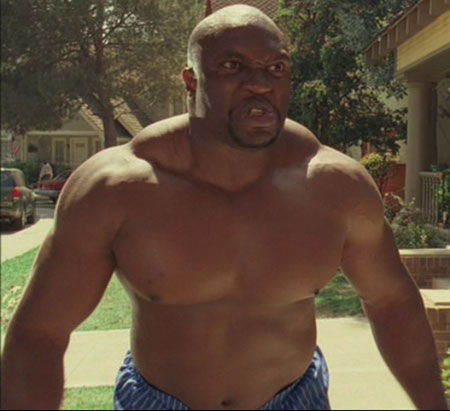 Lester gained further acclaim after his role of Augustus Cole in Gears of War series of video games, for which he also won a 2007 G-Phoria Award. His acting career isn't enough to keep him busy as the actor is also engaged in the comedy.

Does He Have A Net Worth In $million?

The man of all seasons Lester Speight has worked in various fields. He has an estimated net worth of $3 million, according to Celebrity Net Worth in 2019. He has collected such a good amount of money from his versatility in various fields, especially his career in the entertainment world is incredible.

The American actor has worked in many most viewed television shows, but his salary per the episodes/ appearances is yet to be disclosed. Lester likewise landed iconic roles in numerous commercially successful movies; some of them are listed below.

Despite having such hefty net worth, Speight has kept everything about his property and assets away from the media. But, sources report that he owns a house in Los Angeles.

Lester Speight prefers to keep every detail of his personal life away from the mainstream. Despite his fame, the multi-talented Lester has yet to share anything about his love life and relationships. It is still a mystery whether he is married or not.

As per some online sources, the actor is a married man and has even a daughter with his wife. But it all yet to confirm by him.