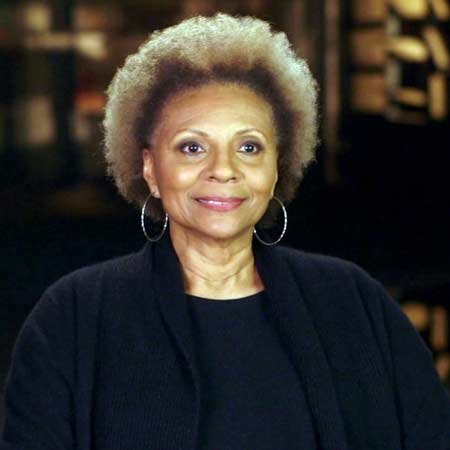 Popular for her iconic role Kizzy Reynolds in the television miniseries Roots, Leslie Uggams won the Golden Globe and Emmy Awards nominations for her performance in the series. She is also notable for her performance in Broadway musical Hallelujah, Baby! for which she won a Theatre World Award. She made her biggest breakthrough following her role in a 2016 box office hit movie Deadpool. Uggams is married to her boyfriend Grahame Pratt and is blessed with two children.

Leslie Uggams was born on May 25, 1943, in New York City, the United States to Juanita Ernestine a Cotton Club chorus girl/dancer, and Harold Coyden Uggams, an elevator operator.  She is American by nationality and is Black as per ethnicity/race. She was raised by her parents in the Washington Heights section of New York City.

Uggams graduated from the Professional Children's School of New York. She got early inspiration to pursue her career in acting through her parents. She made her national TV debut at the very early age of six appearing on the television series Beulah in 1950. She rose to stardom following her role on the NBC/CBS hit musical quiz show series Name That Tune (1953–59).

In 1969, Leslie Uggams started her own TV variety show called The Leslie Uggams Show. Later on, she appeared as the lead character in the 1979 miniseries Roots. Her role Kizzy in the series earned her a nomination for Emmy and earned her further praise too.

As a guest, the actress also made an appearance on TV programs such as I Spy, Hollywood Squares, Fantasy, The Muppet Show and The Love Boat. She has also played a number of significant roles in movies including Skyjacked (1972), Black Girl (1972) and Poor Pretty Eddie (1975). Her breakout role in the movie came in 2016 when she played Blind Al in Deadpool and it was announced in April 2017, that she will respire her role in Deadpool 2.

Uggams also worked in several stage performances portraying Muzzy in Thoroughly Modern and Ethel Thayer in On Golden Pond at the Kennedy Center. In addition to acting in films and television series, she also sang the cover of several songs. She was honored with a Theatre World Award and the Tony Award under the category Best Actress in a Musical for featuring on Broadway's Hallelujah Baby!.

Leslie Uggams' net worth as per Celebrity Net Worth $3 million in 2018. She has portrayed a number of breakout roles in several successful movies and film series. The main source of her income is her acting career.

Leslie Uggams is married to her longtime boyfriend, Australian businessman Grahame Pratt since 1965. The couple first met while they both were students at the Professional Children's School of New York. After dating for years, they tied the knot on October 16, 1965.

They have two children Danielle Chambers and Justice Pratt. Her daughter Chambers is likewise a singer and actress. The family of four currently resides in New York.