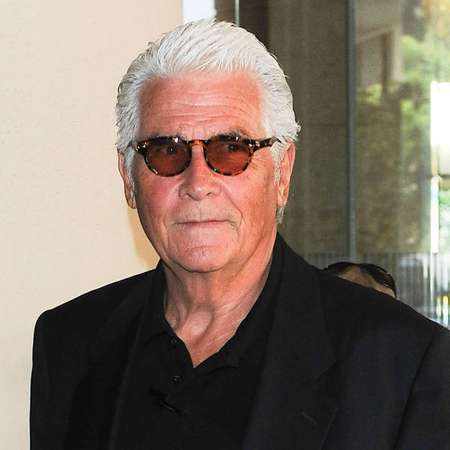 James Brolin was born on July 18, 1940 and is 75 years by now. James's birth place is Los Angeles, California, United States. Brolin is the son of mother Helen Sue and father Henry Hurst Bruderlin. His mother was a housewife and his father used to work as building contractor. He was raised in Westwood as his family settled there after his birth. James's ethnicity is white. And by his nationality James is American. He has two brother and two sister as his siblings.

James Brolin attended  University High School located in Los Angeles and he graduated from the high school in 1958. James made his debut from an American drama series Follow the Sun in 1961 and same year he appeared in another series Bus Stop. In the role Spencer he was featured in an American science fiction film Voyage to the Bottom of the Sea. He came to light on his television roles in 1966, when he appeared in two television series The Monroes and Batman.

For his role of Dr. Steven Kiley in an American medical drama television program Marcus Welby, M.D., he was nominated for several awards and James won Golden Globe Award Primetime Emmy Award, where he appeared in 172 episodes of the series. Starting from 1983 he appeared in 115 episodes of an American prime time drama series Hotel and he also was nominated for Golden Globe Award for Best Actor. And in 2003, Jmaes appeared in TV movie The Reagans where he played the lead character of Ronald Regan.

Brolin made his movie debut from a 1963 comedy film Take Her, She's Mine. Later in 1973, he was featured in the role of John Blane in science fiction western-thriller film Westworld. He was also featured in American biographical film Gable and Lombard in 1976. In 1980 he made his acting presence in action-thriller film Night of the Juggler as Sean Boyd.

In 2000, James appeared in American crime drama film Traffic, where he was featured in the role of General Ralph Landry and for his powerful performance he won Screen Actors Guild Award for Outstanding Performance. James has also been part of famous movies like Last Chance Harvey, Standing Ovation, Love, Wedding, Marriage and many more.

James is veteran actor and he has been married three time in his life. His sexual orientation is straight and James's current relational status is married.

He had an affair with Linda Harrison they started dating in 1965 and they dated for about a year till 1966. In 1966 he was married for the first time with actress Jane Cameron, they remained in  married relation for long period of about 18 years. And they separated in 1984 with a divorce.

After his divorce he was married for second time in 1985 with an America Jan Smithers and they remained in relation for 10 year till 1995. He married for the third time with an American singer, songwriter and actress Barbra Streisand in 1998. And he has three children Josh Brolin, Jess Brolin and Molly Elizabeth Brolin. There are no any rumors or controversy of him relating his spouse and personal life.

James's net worth is 5o million dollars and salary might be about few thousand dollars. His bio and career information is updated in Wiki.