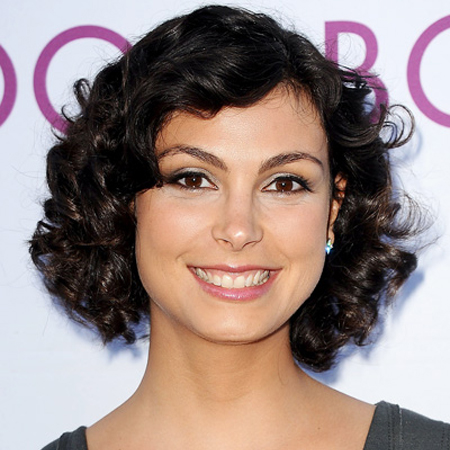 Morena Baccarin is widely known for significant roles in several American science fiction television series and movies. The Brazilian-American actress made a break after her major performance in the TV series Firefly. And her ground-breaking performance in commercially successful superhero movies Deadpool and  Deadpool 2.  And her role in the TV series Homeland also earned her a Primetime Emmy Award nomination.

Morena Baccarin was born as Morena Silva de Vaz Setta Baccarin on June 2, 1979. She is a Brazilian American actress. Morena Baccarin was born in Rio de Janeiro. Her mother is actress Vera Setta, and her father is journalist Fernando Baccarin, who is of Italian descent (Veneto). When she was seven years old, she moved with her family to Greenwich Village, New York as her father was transferred to work as an editor at Globo TV’s headquarters.

Baccarin attended Public School 41 and New York City Lab School for Collaborative Studies, where she and her future Homeland co-star Claire Danes were classmates. She later attended the Fiorello H. LaGuardia High School of Music, Art, and Performing Arts before she entered the theater program at the Juilliard School, where she was in the Drama Division’s & Group 29 (1996 to 2000).

Morena Baccarin landed her first film role in the improvised fashion world comedy Perfume (2001). This was followed by a lead role in the film festival hit Way Off Broadway (2001). She served as Natalie Portman’s understudy in the acclaimed Central Park production of The Seagull. The science-fiction drama Firefly was Baccarin’s first television series, and she reprised her role of Inara Serra in the 2005 film Serenity.

In February 2005, Baccarin provided the voice for Black Canary in multiple episodes of the animated series Justice League Unlimited. She also starred as a guest in three episodes of the television series The O.C. in 2006. Baccarin also appeared in the unaired pilot episode of It’s Always Sunny in Philadelphia, playing Carmen, a transsexual.

It was announced in April 2006 that Baccarin would be playing a recurring villain in the tenth season of Stargate SG-1. She first appeared in season 10 episode Counterstrike; as adult Adria (the younger versions of Adria were previously played by other actresses).

Morena portrayed Dr. Leslie Thoms in the Fox’s television series Gotham. Baccarin reprised her role as Adria in the movie Stargate: The Ark of Truth. In May 2009, Baccarin made her Off-Broadway debut in Theresa Rebeck’s television satire Our House at Playwrights Horizons; in New York City. In May 2011, shortly following the airing of the show’s second season finale, it was announced that the show would not return for a third season. She also appeared in the TV series V.

Morena Baccarin is a Brazilian-born actress who has a net worth of $8 million in 2019 along with her salary. The actress landed a role in Deadpool which became the quite hit at the box office grossing more than $783 million against a $58 million budget, breaking numerous records and became the second highest-grossing movie of 2016. In the movie, she shared the screen along with Ed Skrein, T. J. Miller, and Gina Carano.

Morena Baccarin has been married twice. She was first married American film producer and director Austin Chick in November 2011. They have one children named Julius, was born on October 22, 2013. Chick filed for divorce in 2015, citing irreconcilable differences. According to court documents obtained by PEOPLE, Baccarin was recently hit with divorce papers. In the documents, Chick cites irreconcilable differences.

And it appears Baccarin’s soon-to-be ex wants more than his freedom; the writer/director is also asking for joint custody of their 20-month-old son, Julius, as well as spousal support and for the actress to foot his legal bills. Their divorce was finalized on March 18, 2016.

Baccarin later went on to marry to Ben McKenzie on June 2, 2017. They engaged in November 2016. The two welcomed their first child, a daughter Frances Laiz Setta Schenkkan in March 2016.