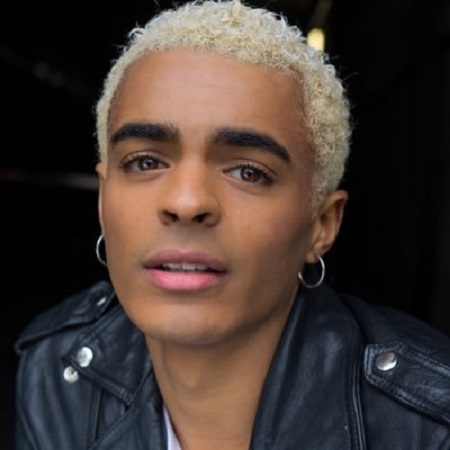 Layton Williams is an English multitalented personality who is an actor, dancer, and singer. He is widely known for his appearance as Stephen in the television series, Bad Education. Talking about his personal life, he is openly gay.

How Old Is Layton?

Layton was born on 13th September 1994, in Bury, Greater Manchester, England. The 25 years old actor belongs to English nationality, whereas his ethnicity is mixed; his father is of Jamaican descent, and his mother is of Caucasian ancestry.

Layton’s parents moved to London when he was eleven years old to pursue an acting career. He has many siblings and half-siblings.

Who Is Layton Dating Currently?

Well, talking about Layton’s personal life, he is openly gay. Back in 2015, Layton opened up about his sexuality.

As of now, Layton is currently in a relationship with boyfriend, Michael Craig Dawson. It is not clear when and how the duo started dating, but they are quite openly sharing pictures on their respective social media accounts.

Besides this, he has not disclosed anything about his past affairs and relationships.

The 25 years old actor began his acting profession on 26th February 2007, debuting from Billy Elliot the Musical after months of training at Billy Elliot Academy. The Paul O’Grady Show documented his practice.

In 2008, Layton appeared in comedy series, Beautiful People. He made appearances in reality television series School for Stars CBBC and Postcode CBBC in 2011. In the following year, he worked in Bad Education.

Layton has worked in numerous series and movies like The Car Man, Hairspray, Benidorm, The Bad Education Movie, Kiss Me Kate, Everybody’s Talking About Jamie, Rent, and so on.

It has been around thirteen years since Layton began his professional journey and is still active in the field. He earns a considerable figure of money from his acting profession. He also receives hefty from endorsements, commercial deals, and tours.

Till the date, Layton has not disclosed anything about his net worth and earnings. However, as per sources, his net worth is around $1 million.