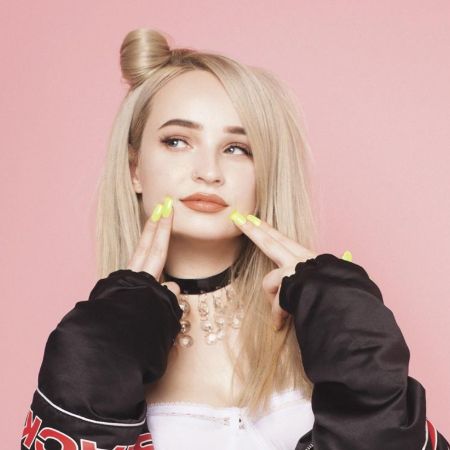 Kim Petras is a German-born singer and songwriter. The LA-based musician is a pop artist and makes electronic dance music, dance-pop, and electropop music. She has also toured extensively with singers like Troye Sivan and Rita Ora.

Kim Petras was born as Tim Petras to Lutz and Konni Petras on 27 August 1992. She is a native of Cologne, North Rhine-Westphalia, Germany. Kim holds German nationality and belongs to Caucasian ethnicity.

Although born a genetic male, Kim insisted to her parents that she was a girl. Her parents sought professional help at a time when transgenderism was a highly controversial topic.

They eventually sought out Bernd Meyenburg, an alum of Frankfurt University and someone who had been studying transgenderism since the ‘70s.

Petras began receiving female hormone treatment at age 13, and her story quickly gained traction on the media. She made an appearance on the German show Stern TV and recounted her treatment.

She made international headlines the following year for her appearance in a documentary and a talk show. She pushed for the German law prohibiting premature gender reassignment surgery to make an exception for her.

Her story was picked up by such news outlets as The Sun, BBC, The Telegraph, and The Metro, among others. There was also an outpouring of support for the 14-year-old and pressure from pro-trans movements to have Kim's pleas be heard. 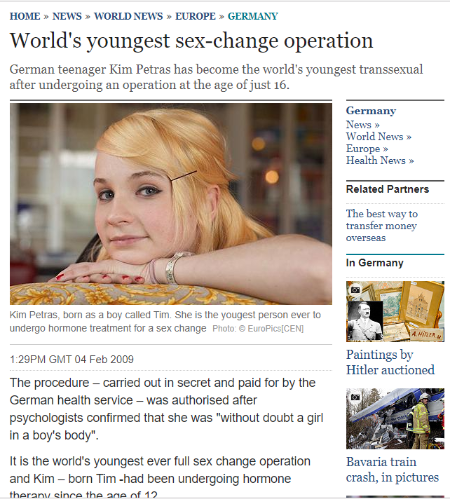 Her plight made national as well as international headlines, and the German government acceded to her demands. She went into gender reassignment surgery when she was 16 years old and legally changed her name to Kim Petras.

Not wanting her struggles with gender and identity to define her, Kim pursued her dream of becoming a singer. She was heavily influenced by the pop acts of the late ‘90s and early 2000s stars like Britney Spears, Christina Aguilera, Kylie Minogue, Madonna, and The Spice Girls.

She modeled her style in the image of her pop heroes and adopted pop, EDM, electropop, and dance-pop.

After releasing demos of her songs on platforms like SoundCloud, she debuted her single, I Don't Want It at All in August 2017, with an accompanying music video in October later the same year.

Following the success of the single, Kim went on to release numerous other singles.

She released her debut album, Clarity on 28 June 20190. She followed that up with her second studio album, Turn Off the Light, that was released on 1 October 2019. She toured extensively to promote her albums and opened for such acts as Troye Sivan and Rita Ora.

Following the turmoils of her early childhood, and her struggles to fit in, she has carved a legacy as one of the ascending pop stars currently working. 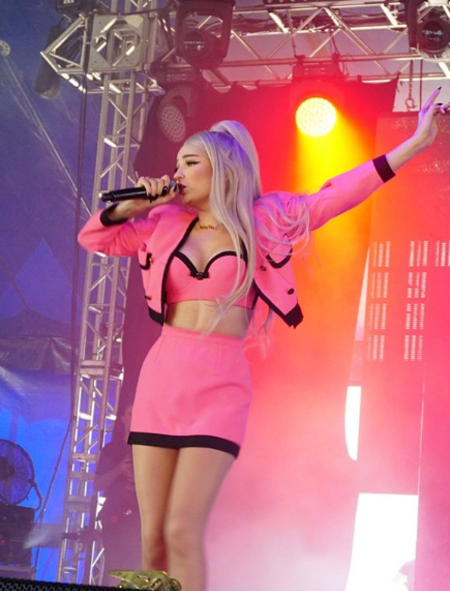 Her albums have done well with the critics as well as performed well in the charts-which happens to be the major source of earning of Kim.

Kim Petras Is A Transgender Activist

Kim currently resides in Los Angeles, California, where she pursues her full-time career as a pop artist. She is at the beginning of her career, and she hopes to make a life out of it.

She is a transgender activist and speaks for other people facing the same plight that she once faced. She speaks against anti-transgender movements and supports the LGBTQ community. She recently protested the historically anti-trans Westboro Baptist Church for trying to stop her concert.

Kim is a huge influencer on Instagram with 472k followers as of 2019.