Lauren Ridloff is an American actress and former teacher with a hearing disability. Ridloff made a hype after she won the Miss Deaf America Pageant in 2018. She is also known for portraying Connie in the American post-apocalyptic horror television series The Walking Dead. In 2018, Ridloff was nominated for the Tony Award for Best Actress for her performance in Children of a Lesser God.

Lauren was born Lauren Teruel on April 6, 1978, in Chicago, Illinois, the United States to Afro-American mother and a Mexican-American father. She holds American nationality and belongs to the mixed ethnicity.

Talking about her education, Ridloff went to a Catholic School in Chicago, and later, Lauren enrolled at the Model Secondary School for the Deaf in Washington, D.C.

She later moved to the West Coast and enrolled at the California State University, Northridge, and in 2000, Lauren graduated with a degree in English and Creative Writing. Ridloff also studied at Hunter College after she relocated to New York.

Famous For The Walking Dead 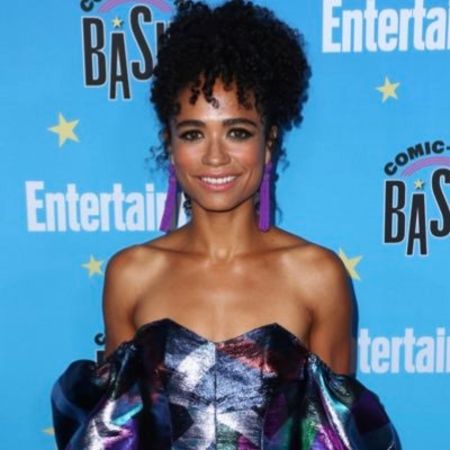 Lauren went on to star as Pear, the maid in the American mystery drama film Wonderstruck. The same year, she appeared in the first deaf superheroes film Sign Gene.

Ridloff made her appearance as Diane in the American drama film Sound of Metal in 2019. She also appeared as Margot in an episode of the medical drama series New Amsterdam.

Acc u mulated Net Worth Of $500 Thousand

The 41 years old actress, Ridloff, has gathered a handsome net worth of $500 thousand as of December 2019. She mostly generates her fortune from her professional acting career. Working in several hits projects, she must have collected a good sum of money. Besides, she must have received a handsome paycheck after winning the Miss Deaf America pageant in 2018.

As of now, actress Lauren Ridloff is married to her long-time partner, Douglas Ridloff.  Lauren first met Douglas when she was in the California State University in Northridge. 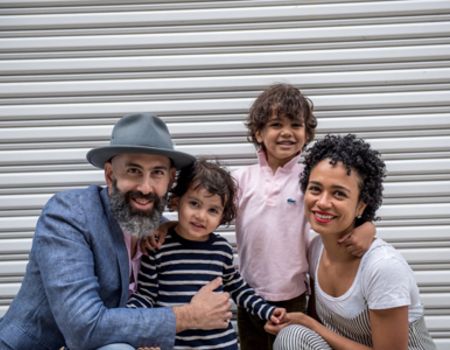 Later, the lovebird met each other again in New York, after which they started dating. They went to a Mexican restaurant for their first date, which was followed by St. Marks Place Pub.

The husband-and-wife are blessed with two beautiful children. The family of four currently lives a joyful life in Brooklyn, New York.