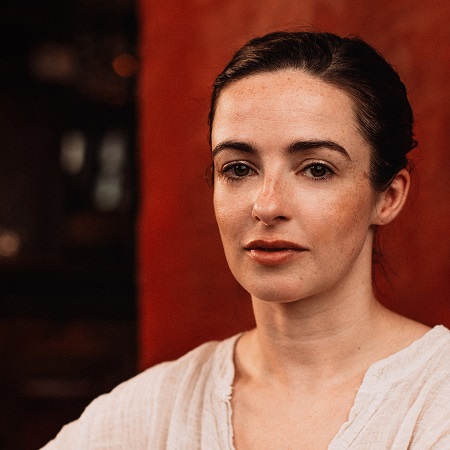 Laura Donnelly is a rising Northern Irish actress who is widely known for appearing in the lead role in the HBO’ The Nevers. The 38 years old actress started her acting career in 2005 and has appeared in television series like The Fall, Merlin, Occupation, Rough Diamond, Hex, Best: His Mother’s Son, among others.

Laura was born on 20th August 1982, in Belfast, Northern Ireland. As of 2021, her age is 39. Her nationality is Northern Irish, whereas ethnicity is not known.

Laura has not disclosed anything about her parents, family life, and siblings. However, she studied at Rathmore Grammar School. The actress then moved to Glasgow to attend the Royal Scottish Academy of Music and Drama.

Upon graduating from the Royal Scottish Academy of Music and Drama in 2004, Laura started working in the theatre in Ireland and Scotland. She then moved to London the following year to start her career in the television series.

Since then, the 38 years old actress has appeared in many television series like Rough Diamond, Merlin, Occupation, Best: His Mother’s Son, The Fall, Outlander, Beowulf, Britannia, and The Nevers.

Regarding her big-screen debut, she made her movie debut in 2009, appearing as Abby in the movie Dread and as Ashley in the film Right Hand Drive. The actress has also made big screen appearances in movies like Hello Carter, Heart of Lightness, The Program, and Tolkien.

Her theatre performances include Romeo and Juliet, The River, The Ferryman, among others.

Laura has been actively working in the entertainment industry for around fifteen years. She has worked in around a dozen of movies and television series.

As of 2021, Laura Donnelly’s net worth is reported to be around $1.5 million, which she collected from her acting career. The actress also earns from endorsements, commercial deals, and advertisements.

Who Is Her Partner?

The Nevers’ star Laura has been maintaining a low-key profile. As of now, she is living a secretive lifestyle.

Back in June 2007, in an interview, Laura claimed that she could not spend life with a person who does not have an artistic background or someone who cannot respect her work. During the time, as per sources, she was dating guitarist Nathan Connolly.

Laura and Nathan were introduced by a mutual friend and soon started dating in the late 1990s. In 2007, when Laura talked about her then-boyfriend, they were dating for around eight years.

But things did not go well, as, during an interview in May 2015, the actress revealed that she has already broken up with her former boyfriend.

From 2015 to 2016, Laura was reported to be dating Lee Pace, Guardians of Galaxy fame. As of now, it is not clear about her dating life and relationships. But tabloids claim that she is dating Jez Butterworth, keeping everything away from the media. 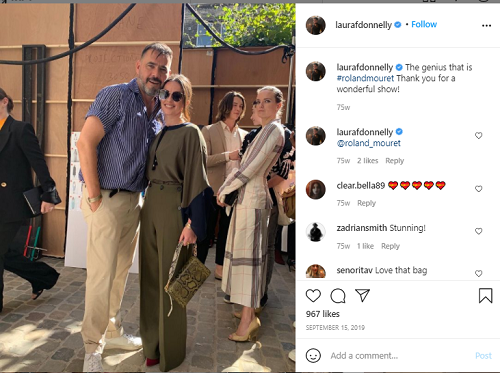 Jez and Laura share three kids together. The pair met during the shoot of The River. However, for now, it is not clear if the duo has already tied the knot or still dating.