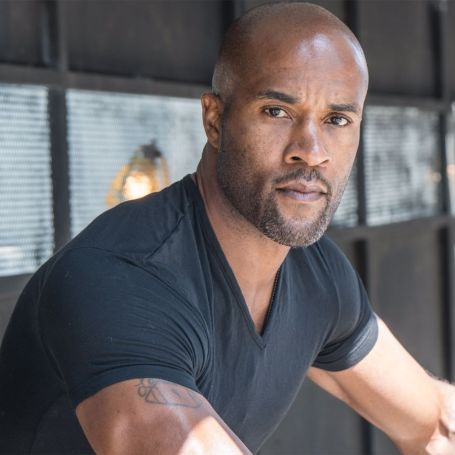 Former American Slamball player and actor LaMonica Garrett is known for his role as Mike Ritter in television series Designated Survivor. He also appeared in some other famous television series such as The Flash, Arrow, Supergirl, and Legend of Tomorrow. He is also known for his big-screen role of Morshower's Aide in Transformers: Dark of the Moon.

Garrett was born in San Francisco, California, the United States on May 23, 1975. He belongs to African-American ethnicity and holds American nationality.

He was named after his parents' favorite quarterback Daryle Lamonica from Oakland Raiders. Talking about his education, Garrett went to Burbank High School. He later went to Central State University in Ohio.

From Television Series to Silver Screen

Garrett entered the entertainment business from the television series One Tree Hill in 2008. He got the major role of Deputy Sheriff Cane in Sons of Anarchy in 2011.

He portrayed the role of Mar Novu in DC's television series The Flash, Arrow, Supergirl, and Legends of Tomorrow. Garrett shared the screen with the actors like Grant Gustin, Candice Patton, Stephen Amell, David Ramsey, Melissa Benoist, and Mehcad Brooks while working with DC.

The 6 ft 2 inches tall actor also worked with Shia Labeouf, Josh Duhamel, and Tyrese Gibson in Michael Bay's 2011 film Transformers: Dark of the Moon. Garrett has also given his voice in the video games like Fight Night Champion and Need for Speed: The Run.

He recently worked as John Ringer in a movie Primal that is scheduled to be released on 8th November 2019. Garrett shared the screen with actors Nicolas Cage, Famke Hanssen, and Kevin Durand in the movie. He is also making his comeback in DC from the television series crossover Infinite Earths.

He eans the major part of his wealth from his acting career. He has been working in television series for more than a decade, so he has undoubtedly made thousands of dollars from his television work. Meanwhile, Garrett was a part of the hugely successful movie Transformers: Dark of the Moon that collected $1.123 billion at the Box Office against the budget of $195 million.

Moreover, the actor can also earn an impressive sum of money from his social media. According to payscale, he earning from his Instagram can be estimated between $136.5 to $227.5 per sponsored post.

The 44-year-old actor Garrett has been married to Mina Ivanova. Garrett and Ivanova dated for a short time before getting down the aisle. The husband and wife exchanged their wedding vows on 27th April 2017. By far, the couple hasn't given birth to any children.