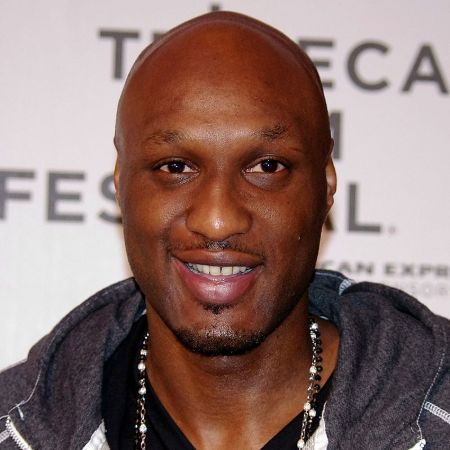 Lamar Odom is a professional American basketball player who has played for clubs like Los Angeles Clippers, Miami Heat, Los Angeles Lakers, and Dallas Mavericks. He recently made headlines for his engagement to personal trainer Sabrina Parr after only three months of dating.

Lamar had been in a longstanding relationship with Liza Morales since their engagement in 2000. The relationship welcomed three children: Destiny, Lamar Jr., and Jayden. On June 29, 2006, the then 6-month old Jayden died suddenly due to a phenomenon known as sudden infant death syndrome.  Lamar and Liza’s relationship could not last as Lamar had been reluctant to marry Liza.

In September 2009, when Lamar announced his marriage to social media icon and reality television star, Khloe Kardashian, after only a month of dating, it came as a surprise to everyone, perhaps none more so than Liza.

The highly-publicized marriage made Lamar an overnight sensation. Lamar became a regular appearance on the reality TV show based on Khloe’s sister, Kim Kardashian’s family, Keeping Up with the Kardashians. Lamar and Khloe even starred in their own spin-off of the E! Reality TV show, titled Khloe & Lamar. The series was short-lived and canceled in 2012 after two seasons. 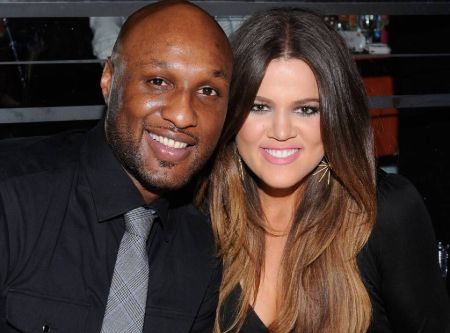 The 6 feet 10 inches tall basketball player was struggling with substance abuse issues that came to a head, on August 30, 2013, when he was arrested for driving under the influence. He was subsequently charged in court and faced three years’ probation and went to rehab. During this time, Khloe filed for divorce from Lamar but was dismissed in October 2015 due to Lamar’s near-death experience.

On October 13, 2015, Lamar was found in a vegetative state in a brothel in Crystal, Nevada. He had suffered kidney failure, several heart attacks, and strokes that toxicology reports said were due to accidental overdose. He had been using crack cocaine and an assortment of various other drugs prior to his medical emergency.

Lamar went into a coma and had to be put on life support. In light of such distress, Khloe rescinded her divorce, at least for the time being. Lamar became lucid after three days and made a subsequent recovery. Lamar and Khloe’s divorce was finalized in December of 2016 after Lamar was well on his way to recovery.

During the time, Khloe admitted that she was afraid to walk away from her divorce. Lamar later admitted that he regrets cheating Khloe and still loves her, even after years of divorce.

Most recently, Lamar has made the headlines once again for his newly announced engagement to life coach and personal trainer, Sabrina Parr. The two only dated for three months before Lamar popped the question, and Sabrina said, "Yes!”. 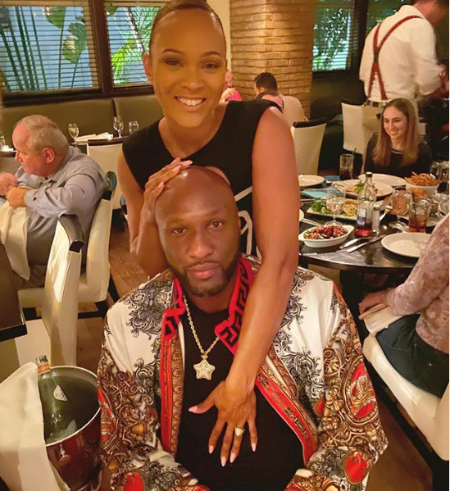 Their engagement was made official on Instagram by both parties on November 12, 2019. Lamar's son Lamar Odom Jr claimed that he was hurt to know about his father's engagement via Instagram and media.

Lamar Came From A Broken Home

Lamar was born Lamar Joseph Odom on November 6, 1979, in Jamaica, Queens, New York. He was born to a drug-addict father Joe Odom, and mother, Cathy Mercer. His mother died when Lamar was only twelve to colon cancer, and his maternal grandmother, Mildred Mercer, raised him.

Lamar took an interest in basketball very early on and played for his high school, Christ The King Regional High School in Queens. He transferred to Redemption Christian Academy due to failing grades and then to St. Thomas Aquinas High School, Connecticut.

Lamar was a basketball prodigy and in his senior year, was recognized as Parade magazine’s Player of the Year. He also earned USA Today’s All-USA First Team honors and was named the All-American First Team for the second year by Parade magazine.

Lamar enrolled in the University of Nevada at Las Vegas, but due to his ACT scores being in doubt, a prostitution solicitation scandal, and illegal cash payment from a booster, Lamar was placed on probation for a year and transferred to the University of Rhode Island.

Lamar's Illustrious Career In The NBA

Lamar started his professional career in the NBA (National Basketball Association) as the fourth overall pick for the Los Angeles Clippers. After violating its drug policy, he was suspended and remained a restricted free agent.

Lamar signed with the Miami Heat in 2003, after the Clippers failed to meet Miami Heat’s offer.  After a solid season playing for them, Lamar was traded to the Los Angeles Lakers in 2004.

Lamar played for Los Angeles Lakers from 2004 to 2011, during which he battled a left shoulder injury, but made a comeback and had a solid run even winning the NBA Championship twice, in 2009 and against the Boston Celtics in the 2010 finals.

His 2010 to 2011 run was even more prolific, and he was named the NBA Sixth Man of the Year Award for his consistent performance. 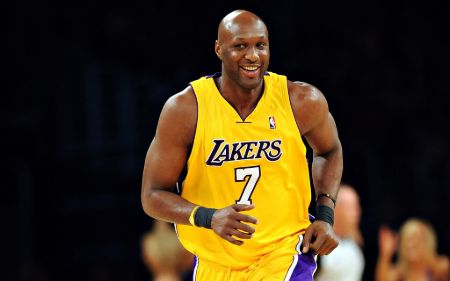 In 2011, Lamar was traded to the Dallas Mavericks, but his momentum had considerably waned. He subsequently traded back to the Los Angeles Clippers in 2012 and played in the Spanish league for a brief stint in 2014.

Lamar was a part of the bronze-medal winning national men’s team representing the USA in the Olympics in 2004. The team also won the gold medal in the FIBA World Championship in 2010.

As of 2019, Lamar Odom’s net worth is $56 million. Lamar is a bona fide basketball player who has been instrumental in whatever team he plays in.

However, he was traded to the  Los Angeles Lakers in 2004, where his annual salary for the years 2004 through 2010 totaled over $63 million. Additionally, he made $33 million signing a four-year contract with the Lakers in 2009. In 2010, Lamar was also gifted a white Rolls Royce Drophead Coupe by his then-wife, Khloe Kardashian, worth $400,000.

When he was traded to the Dallas Mavericks, Lamar made over $17 million over two years as an annual salary.

Apart from being a highly successful basketball player, Lamar is also a celebrity due to his association with Khloe Kardashian. He was a part of the reality series, Keeping Up with the Kardashians and its spin-off series, Khloe & Lamar.