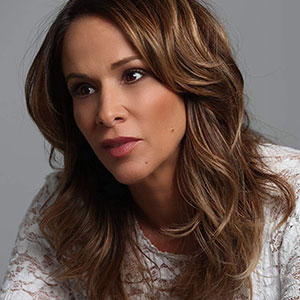 Kristin Dattilo is an award-winning actress. Starting her acting journey with a role in a 1989 TV series TV 1010, the actress is unstoppable since then, making the way into many movies and TV shows. She is mostly known for her role Yola Gaylen on The Chris Isaak Show (2001 to 2004). Her other notable work includes Southland and Beverly Hills 90210. Additionally, she is also a producer and writer as well.

Kristin Dattilo was born on 30th November 1970, in Kankakee, Illinois, the U.S under the zodiac sign, Sagittarius. She holds dual nationality, Italian & American. Similarly, she belongs to white ethnicity.

She has a brother, Bryan Dattilo who is also an American actor popularly known for his appearances in hit movies and television series such as Days of Our Lives, Youthful Daze and Arcade. Further, she also has three half-sisters Tiffany, Anna, and Tess.

Talking about her career, she made her acting debut from the 1989 American drama series, TV 101 as Allison / Venus. The following year, she appeared in an episode of American crime drama television series, Hardball, and also featured in short video, Aerosmith: Janie's Got a Gun.

Dattilo entered Hollywood with a bang in 1990 in the American horror film, Mirror Mirror, where she played Nikki Chandler. She was cast along with Ricky Paull Goldin, Karen Black, Rainbow Harvest, and others. The same year, she appeared as Kimberly in The Legend of Grizzly Adams.

After that, she had a lead role in D.J / D.J. in 1990 American drama series, Hull High, alongside Trey Parker, Micki Duran, Nancy Valen, and others. Further, she appeared another lead role Bonnie in American comedy television series, Local Heroes, along with Jay Mohr, Jason Kristofer, and others.

Moreover, she has made her notable roles in the number of Tv series such as Relativity, Hitz, Tracey Takes On..., Ally McBeal, The Chris Isaak Show, Dexter, and Southland among others. Also, her movie credits are Some Girl, Intolerable Cruelty, Audrey, How To Get Rid Of A Body (and still be friends), and others.

As of now, Kristin Dattilo is busy on her upcoming project, El Coyote, which is scheduled to be released on 23 August 2019. Tom Sizemore, Robert Costanzo, John Capodice, and others are the cast member of the show.

As of 2020, Kristin Dattilo's net worth is estimated to be around $1 million, as per guesstimated by various online sources.

Kristin has appeared in the 1990 movie named Mirror Mirror which collected $183 million at the box office. Similarly, her other movie The Legend of Grizzly Adams also became the box office hit racking up $65 million worldwide under the production budget of $140,000.

After being a part of such triumphant projects, the information about her salary is still missing. Sources suggest the average salary of a TV actress in the USA is $51,000. Thus, we can say that Kristin definitely receives a good payment.

Married To Jason Keller After Divorce With Heland Hayward

Kristin Dattilo has been in a marital relationship with her husband Jason Keller for a long time now. The couple married on 12th March 2004, in a beautiful wedding ceremony. Her doting spouse Keller is a playwright and screenwriter.

Previously, Dattilo was married to popular theatrical producer, Heland Hayward, however, the detail information about their marriage and divorce have not been revealed yet.