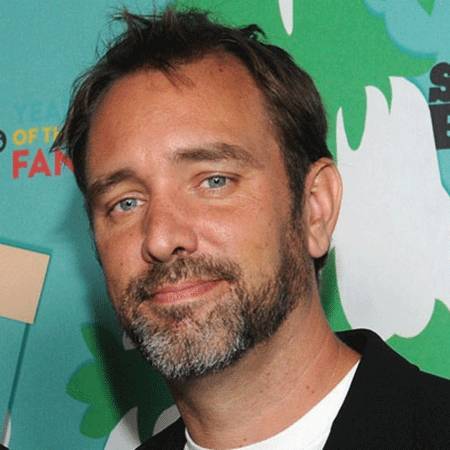 Randolph Severn Parker III was born on 19th October 1969 in Conifer, Colorado, United States.  He is also known as Trey Parker. He is an American animator, actor, producer, director, writer, singer and also a songwriter. He is better known for co-creating South Park from 1997 to present along with his creative partner named Matt Stone. Parker's father Randolph Parker was a geologist and his mother Sharon was a saleswoman. Trey Parker was raised in Colorado and he has an older sister named Shelley Parker.  Parker had started playing piano since at the age of 12 years. He is of an American nationality and of white ethnicity.

During his school time, Trey Parker was a shy child and he has received decent grades as well as used to involve in honors classes. In the year 1988, Park completed his graduation from Evergreen High School. After completing his school, he spent one semester at Berklee College of Music and later on he got transferred to the University of Colorado at Boulder.

Trey Parker started his career in 1992 by founding a production company along with Stone, McHugh, and Ian Hardin, named Avenging Conscience. In the year 1993, Parker has written, directed as well as starred in the film named 'Cannibal! The Musical'. The film was based on a true episode which has happened in Colorado’s history.

Trey Parker has also written many songs including Chocolate Salty Balls in 1998. He has co-written and composed Blame Canada in 1999 and Timmy and the Lords of the Underworld in 2000. The character of Stan Marsh forms the South Park series is based on Parker.

Trey Parker has married twice till date. His first wife was Emma Sugiyama, whom he married in 2006. The marriage only lasted for two years and he has no child from his first wife. He later married Boogie Tillman in 2014 April. Before getting married, the couple had affair for some time. He has a daughter from his current wife named Betty Parker.

The estimated net worth of Trey Parker is $250 million. He has a black belt in Tae Kwan do. In the year 2011, he has received three 2011 Tony Awards co-nominations for ‘The Book of Mormon’: ‘Best Book of a Musical’ and ‘Best Original Score’ along Matt Stone as well as ‘Best Direction of a Musical’ with Casey Nicholwa.