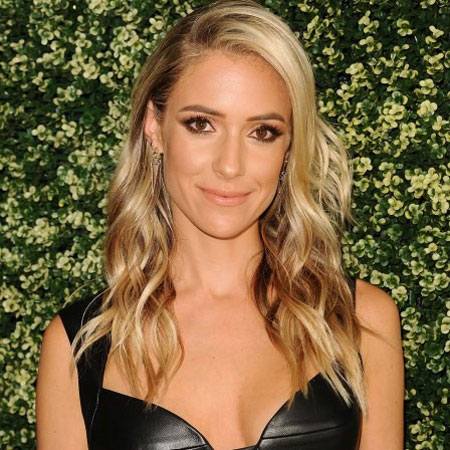 Kristin Cavallari is an American fashion designer, television personality, and actress, well known for her appearance in the reality television series Laguna Beach: The Real Orange County, a doc u mentary of their lives of her and friends.

Kristin Cavallari was born on 5 January 1987, in Denver, Colorado. She is one of the two children of Dennis Cavallari and Judith Eifrig. She is of Italian and German descent.

She is Caucasian in ethnicity and belongs to American nationality.

Kristin Cavallari kick-started his career when she was in her early year of high school with the first season of Laguna Beach: The Real Orange County. During that time, Cavallari was involved in an on-and-off relationship with senior Stephen Colletti, as her romance with Colletti caused a rivalry with another cast member Lauren Conrad.

Later in May 2009, Cavallari announced that she would be joining the cast of Laguna Beach's spin-off series, The Hills. Cavallari appeared for the first time on the series in the fifth season's midseason finale on 31st May 2009.

Kristin was also on the 13th season of ABC's Dancing with the Stars and teamed up with two-time champion Mark Ballas. Cavallari was third to be eliminated.

Later in 2008, she portrayed as Summer, a supporting character in Spring Breakdown alongside Amy Poehler. The movie was released straight-to-DVD on 2nd June 2009, which received mixed reviews.

Kristin Cavallari's Net Worth And Salary

Kristin Cavallari earns a huge amount of money from her successful career as a fashion designer, actress, and television personality. Her current net worth is estimated to be $3.5 million, which is pretty enough to maintain a luxury life living, as we can see Kristin spending her high standard lifestyle with her husband and three children.

The actress has been running her own shoe line where her products range between $39.99-$69.99.

Kristin Cavallari started dating her boyfriend, the Chicago Bears quarterback Jay Cutler in the year 2010. Later, the couple got engaged in 2011 April. However,  the couple called off their relationship after a few months but reconciled in November 2011.

Later on 8 June 2013, Cavallari and Cutler became husband and wife officially. Since they are married, she has given birth to three children, a daughter, Saylor (born on 23rd November 2015), and sons Jaxon( born on 7 May 2014), Camden (born on 8 August 2012). The actress said in one of her interviews that her marriage with Culter is imperfect. But the couple has been still together.

Kristin has also been involved in the ''Until There's a Cure'' public service advertising campaign, in order to raise awareness and funds for HIV and AIDS research and vaccine development.

In the year 2006, Cavallari made her appearance in ads for PETA, also has appeared as a celebrity spokesperson for ''We Are Ellis Island'', which is a campaign for the restoration of Ellis Island.

Later in 2010, Kristin went to El Salvador to do charity work, and the following year in March, she traveled to Kenya to do work with the non-profit organization 'One Kid One World.'