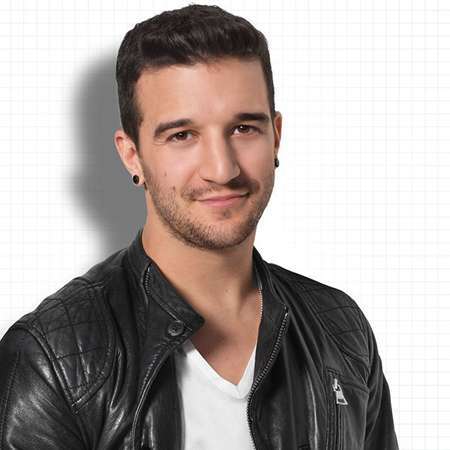 Dancing With Stars pro Mark Alexander Ballas Jr., in short, Mark Ballas is a multi-talented personality as he is a dancer, choreographer, singer-songwriter, musician, and actor. He is also a professional ballroom dancer on ABC's dance competition TV series, Dancing With Stars. He started competing on the show in the fifth season during the fall of 2007 and was nominated for an Emmy for Outstanding Choreography in 2011.

Mark Ballas was born Mark Alexander Ballas, Jr. on 24th May 1986, in Houston, Texas, the United States. He is the son of Shirley Ballas and Corky Ballas. Both of his parents were dancers. He came from a Mexican, Spanish, Greek, and English ancestry. Ballas is of white ethnicity and holds American nationality.

Ballas’ grandfather George Ballas invented the Weed Eater lawn-trimming device. Ballas was inspired by his family and wanted to become a dancer even at a small age.

Ballas attended Rosemead Preparatory School based in South London.  He earned a full-time slot at the Italia Conti Academy of Theatre Arts in London, as well as earning a full scholarship at an early age of 11. He was awarded Performer of the Year in 2005.

He won the Junior Latin American Dance Championship and a gold medal at the Junior Olympics with his former partner Julianne Hough.

As an actor, Ballas has been seen in movies like Harry Potter and the Sorcerer’s Stone, Samantha Who and Maria de Buenos Aires. He was in the fifth season of Dancing with the Stars with Sabrina Bryan. In the sixth season, he was with Kristi Yamaguchi.

In the seventh season, he was teamed with Kim Kardashian. He won the eight seasons with Shawn Johnson. In the ninth season, he was placed with Melissa Joan Hart whereas in the 10th season he was with Shannen Doherty. In the 22nd season, Mark has been paired with Paige VanZant.

Mark Ballas' Net Worth And Salary

Ballas' net worth is $3 million showing a huge salary which comes out of his acting, singing as well as dancing career. Ballas has garnered a lot of fame to date for his unique dancing skills. He currently is a professional ballroom dancer on the ABC hit program Dancing with the Stars and the average annual salary for these artistes was reported by the job site Simply Hired to be $30,000.

Mark Ballas is a member of singer-songwriter duo Alexander Jean along with his wife. He is married to BC Jean. The wedding ceremony was held on November 25, 2016, in Malibu, California.

The couple started dating in 2012 and became engaged in November 2015. They tied the knot one year after they got engaged the day before Thanksgiving in 2015. He resides with his wife in Texas.

Ballas does not have a long dating history. He is very much focused on his work at present. Ballas is reluctant in speaking about his personal life in front of the public.

Ballas had previously been dating an actress, Julianne Hough. The couple was in a relationship from 2002 to 2004. Then in 2007, he began dating girlfriend, Sabrina Bryan. The relationship lasted only a year. There were rumors that he had an affair with an actress, Joanna Pacitti in 2008. They had a breakup the following year.

CAPTION: Mark Ballas and his wife BC Jean SOURCE: PopSugar

After the breakup, Ballas began dating the very beautiful, Jeanine Mason in 2009. The couple was adored by the public. They looked very cute together. But Mark went on to split up with her in 2011. The same year, he moved on and began dating actress Pia Toscano. Their relationship lasted for a year.

CAPTION: Mark Ballas and his wife BC Jean SOURCE: Heavy

In 2012, he began dating an actress, B.C. Jean. The relationship did not last very long and broke up after staying in a relationship for short time.

Dancing With Stars pro Mark Alexander Ballas Jr., in short, Mark Ballas is a multi-talented personality as he is a dancer, choreographer, singer-songwriter, musician, and actor. He is also a professional ballroom dancer on ABC's dance competition TV series, Dancing With Stars. He has also garnered a decent amount of net worth from his career. She has been married BC Jean for a long time.

Dancer Dancing with the Stars