Kimber Lynn Eastwood, Divorced Anthony Gaddie in 1990. Is she Planning to marry again? 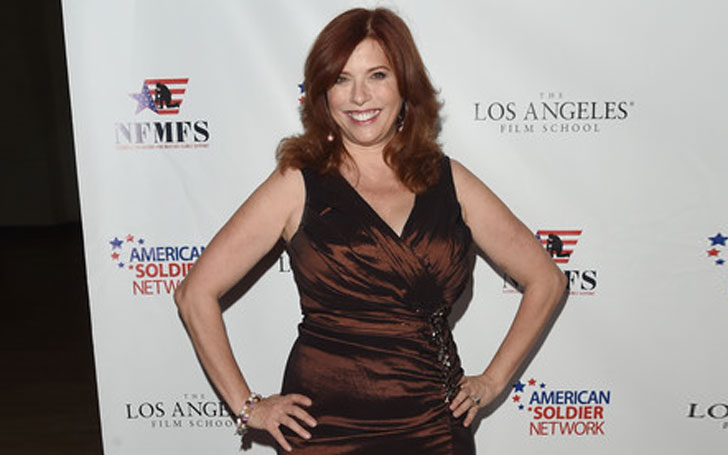 Kimber Lynn Eastwood is an American make-up artist, and film producer famous for her work in various movies.

Kimber Eastwood, previously married to Anthony Gaddie, a gardener, in 1983 but got divorced in 1990. Is she getting married again or in a relationship?

Did Kimber Eastwood marry again after the divorce?

Kimber Eastwood has married twice till date. First, she was married to Anthony Gaddie, but after seven years she divorced him. After her divorce, she started dating  Shawn Midkiff, a film producer. The couple dated for a few years before getting married.

Both of them are highly private individuals who rarely make public appearances.

Image: Kimber Lynn Eastwood with her mother and current husband

However, in April 2016, they appeared together to celebrate Kim’s mother's 86th birthday.

Kim has a child with her ex-husband Anthony Gaddie. Till date, she doesn't have any children from the second husband. Her first son, Clinton Eastwood Gaddie, was born on 21st February 1984.

Kimber  Eastwood’s relation with her parents and siblings

Clinton Eastwood was linked to several women in the past. He was reportedly in a relationship with Roxanne Tunis from early 1960s to mid-1970s.

Their decade-long affair started when the two met on the sets of TV series Rawhide. While living together, they gave a birth to their child, Kimber Lynn Eastwood. She was born on 1964, but they kept her a secret for many years.

In 1997, Kim gave two controversial statements about her father revealing that he would always try to stay away from her and wasn't there when she needed him.

Kim has a good relationship with her half brothers and sisters as well  She has six-half siblings: Kyle Eastwood, Alison Eastwood, Scott Eastwood, Kathryn Reeves, Francesca Eastwood and Morgan Eastwood.