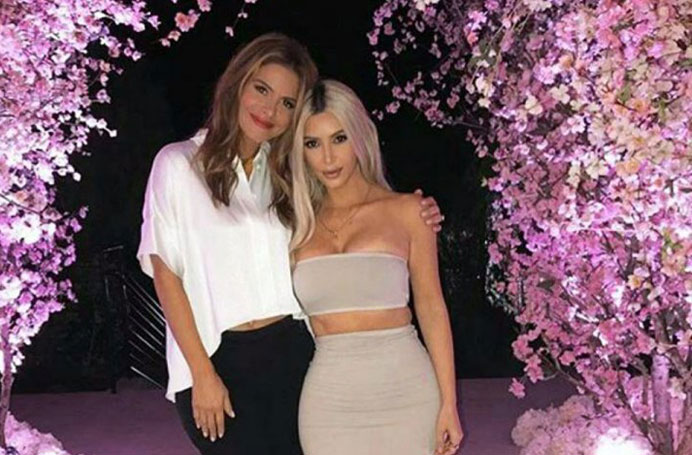 The 37-year-old Keeping Up With The Kardashian star Kim Kardashian has celebrated her baby number three in a lavish ceremony on Saturday, 11 November.

The reality star, who expects her third child with husband Kanye West through a surrogate has thrown a beautiful baby shower filled with cherry blossoms and her family members including Kris Jenner, Kendall Jenner and her friends Chrissy Teigen, and Jen Atkin.

Kim shared some elegant videos documenting the decorations on Snapchat and said,

Khloe Kardashian; who is also known expecting a child also attended the party and turned the scenery into her backdrop where she shared a series of photos of herself smiling in the entryway. She captioned one of her photos as

Kim Kardashian confirmed her surrogacy speculation in late September during a super tease she shared on Twitter for the 14th season of their hit home show Keeping Up With the Kardashians.