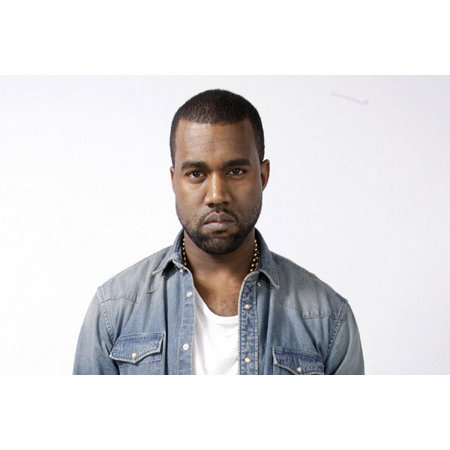 Kanye Omari West is an American rapper, singer, songwriter, record producer, entrepreneur and fashion designer. He came to media as a producer for Roc-A-Fella Records in the early 2000s, contributing to hit singles for artists such as Jay-Z, Ludacris and Alicia Keys. He is among the most critically acclaimed musicians of the 21st century and one of the best-selling music artists of all time. He has won a total of 21 Grammy Awards, making him one of the most awarded artists of all time and the most Grammy-awarded artist of his generation. His net worth is $160 million at present.

He has been married to Kim Kardashian since 2014. The couple shares three children; daughters North "Nori" West, born in June 2013 and Chicago West, born in January 2018 via surrogacy, and son Saint West, born in December 2015.

Kanye was born on June 8, 1977, in Atlanta, Georgia, U.S. He was born to Ray West, a former Black Panther and later a Christian counselor and Dr. Donda West, Professor of English in Atlanta, Georgia. He is a multitalented and hardworking singer and has released many hit songs.

His parents got divorced when he was just three years of age and he was raised by his mother in Chicago, Illinois. His mother raised him in a middle-class background and he attended Polaris High School in Oak Lawn, Illinois. Later they moved to China and he joined Nanjing University.

He was the only foreigner in the university but he did not have any problems adapting the language. He started writing poetry since he was five years old. His passion for music and drawing was supported by his mother since his third grade.

He grew up in the city and got involved deeply in hip-hop music and started rapping and composing songs in the seventh grade. His first rap song was called Green Eggs and Ham which he wrote at the age of 13. Kanye started going into a recording studio and met producer No I.D who is also known as The Godfather of Chicago Hip Hop and learned to sample and program beats from him at the age of 15.

He received a scholarship to attend American Academy of Art and started taking painting classes but later went to Chicago State University to major in English. He dropped out of the college later to go after his musical dreams. He made an album named College Dropout shortly after dropping out from college.

He started his career by making beats for escalating local artists and slowly developing a style that contained speeding up vocal samples from classic soul records. His official debut was with eight tracks on the album Down to Earth in 1996 in the debut album of a rapper named Grav.

He then spent much of his time in the 1990s producing records for many artists and music groups. He had a turn-around in his career when he started producing for artists on Roc-A-Fella Records in 2000. He gained his recognition for his contributions for the Jay-Z’s album The Blueprint. He has released around 5 solo albums and all of them have gone platinum.

Kanye West's Net Worth And Salary

He has a total net worth of $160 million. He also has his own official website kanyewest.com. West has been nominated in around 387 awards among which he has won 124 awards. He received 21 Grammy awards since 2012 which makes him the most awarded artist of all time. He has also started Kanye West Foundation in Chicago to help Latino and African American children.

West has a well-maintained body with matching height. He is 5 feet 9.5 inches tall and weighs 70kg. He works out every day and has a sexy body with 42 inches chest, 16 inches biceps and 32 inches waist. West goes through a very balanced diet to maintain his perfect body measurement.

Kanye survived a car crash and was involved in a head-on car collision which has got his a fractured jaw. He has had many affairs throughout his career. He has dated Alexis Phifer, Brooke Crittenton, Amber Rose, Selita, Melody Thorton, Chanel Iman, Virginie Maury and Kim Kardashian West.

His affair with his longtime friend Kim was published in April 2012. He married his girlfriend Kim Kardashian on May 24, 2014. The wedding ceremony was held at Fort di Belvedere in Florence, Italy. Their private ceremony was subject to widespread mainstream coverage, with West taking issue with the couple's portrayal in the media.