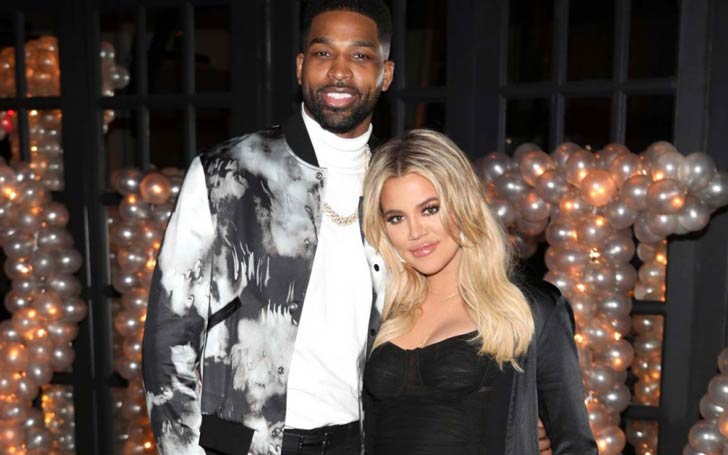 Khloe Kardashian is reportedly staying alone in her Cleveland home with her newborn daughter True Thompson after showing her partner and father of her daughter, Tristan Thompson the exit.

According to the source, the Keeping up with the Kardashians alum asked the Cleveland Cavaliers' player to leave her house earlier this week and he has been living near Cleveland currently.

TMZ called their relationship is ''hanging by a thread.'' Meanwhile, a source close to the couple told TMZ,

Khloe has not spoken to Tristan for several days because she's still furious after finding out he repeatedly cheated on her and embarrassed her in the process.

Khloe is yet to comment publicly on the cheating scandal, however, she appears to be happy in spite of all that, which she also showed on her Instagram when she revealed her daughter's name as True Thompson where she gave her daughter the last name of her father.

Our little girl, True Thompson, has completely stolen our hearts and we are overwhelmed with LOVE. Such a blessing to welcome this angel into the family! Mommy and Daddy loooooove you True!

At first, it was reported that he cheated on Khloe with two girls, however, within a week, the number of girls has raised to at least five ladies with whom Thompson cheated on Khloe during her pregnancy.

Sisters Kourtney Kardashian, Kim Kardashian  West, and Kendall Jenner had flown to Cleveland Tuesday to celebrate Kourtney's 39th birthday, but the sisters were already back to LA before she turned 39.