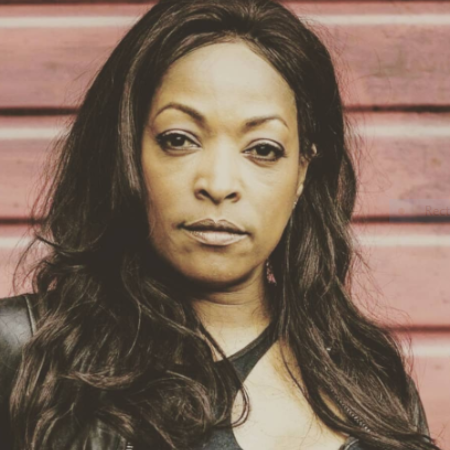 Kellita Smith is an American actress, model, and comedian. Smith is best known for her portrayal of Wanda McCullough in the TV series, The Bernie Mac Show. In 2017, she appeared in a TV movie, The Preacher’s Son. She has appeared in a mainstream role in an action/comedy/horror drama Z Nation since 2014. She has earned a net worth of around $4 Million from her showbiz career.

Kellita Smith was born on January 15, 1969, in Chicago, Illinois, United States. Smith is the daughter of Honey Smith. She was raised in Oakland with her brother. Regarding her nationality, she is an American and belongs to the Afro-American ethnicity. Smith’s Zodiac sign is Capricorn. Kellita has a brother named Eric Smith. Smith attended Santa Rosa Junior College. She received an associate degree in political science from the college. She started her career as a model. She is close to her family members.

Smith began her career as a model. She started her acting career on the stage and her first appearance was in regional productions of Tell It Like It Tiz. Later, she was also featured in several theater shows including No Place to Be Somebody, Feelings, and others.

Smith made her first TV appearance in 1993 in an American sketch comedy television series In Living Color.

Later, the same year she also featured in an American television sitcom called Living Single as Susan. She also made her acting presence in the American sitcom Martin as Tracy in which TV series she was featured in 10 episodes.

In 1996, Smith made her presence in a couple of famous TV series, including The Wayans Bros., Dangerous Minds, and Moesha. As Danielle, Smith was featured in 4 episodes of the American television sitcom Malcolm & Eddie.

Starting from 2001, Smith was featured in the lead role of Wanda McCullough in an American sitcom, The Bernie Mac Show. She was nominated for several awards including NAACP Image Award and BET Comedy Award for her role in the series.

Smith's other major television appearance includes her character of First Lady Katherine Johnson in the American sitcom The First Family (2012-2015).

Since 2014, Smith is appearing in the action/horror/drama series Z Nation alongside DJ Qualls, Michael Welch, Keith Allan, Pisay Pao, and Nat Zang in the lead role.

In 2015, Smith appeared in the television film Sharkando 3: Oh Hell No! Her drama film The Choir Director was released on February 5, 2018. The fifth season of the Z Nation premiered on October 5, 2018. In 2017, the actress also landed her role in a TV movie, The Preacher’s Son sharing the screen alongside Christian Keyes, Clifton Powell, Valarie Pettiford, Drew Sidora, and other stars.

How Rich Is Kellita Smith In 2022? Net Worth And Salary

Smith's net worth as of 2022 is around $4 Million. She had a fortune of $3 million as of Jan 2019 as per celebrity net worth. She has collected a hefty amount of money from her various roles in both movies and TV series. She earned $30 thousand an episode salary from the TV series Z Nation. According to a source, an American TV star earns $30K-$80K for each episode so we can believe that she also earns somewhere in the above range. Besides, the actress has 174 thousand followers on her Instagram account and her estimated earning per post is $523- $872 with an engagement rate of 3.28%. She has enough money to live a high-profile life. She often shares her luxurious life on her Instagram account. Smith is an unmarried woman. She is not dating anyone (at least publicly). Smith’s current relational status is supposed to be single as she has not mentioned to the media her detailed personal relationship, so there is no official confirmation from her side. However, back in 2015, The Bossip reported that she was found on a dinner date with Mr.Chow in Beverly Hills.

The 5 feet 10 inches tall actress is close to her family and shares their pictures via her Instagram. She frequently hangouts with her brother and friends during her leisure time.

Though Smith has not mentioned much about her personal details, in the past, there were several rumors of her hooking up with Mr. Chow as they were spotted in Beverly Hills. In an interview, she said that The Bernie Mac Show is the best acting memory she ever has had.

In another interview, the actress said that she once suffered from emotional eating and it was a very difficult moment for her when she was in public events. Due to this habit, she gained some weight. Later, she started on a low-carb diet and managed to drop weight.