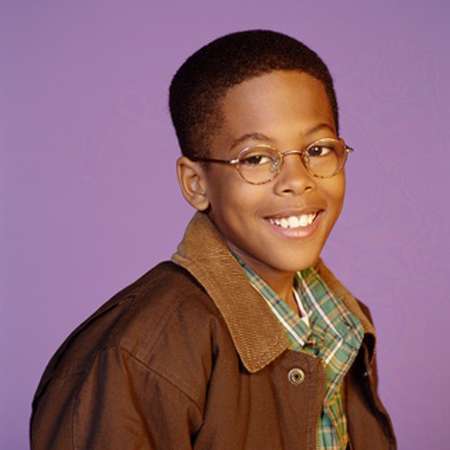 Jeremy Suarez, an American actor is best known for his character as Jordan Thompkins on The Bernie Mac Show. Suarez has appeared in various films and TV series including Jerry Maguire, Brother Bear, The Proud Family Movie and King of the Hill. He appeared in a drama film The Fix (2015).

Jeremy Suarez was born on 6th July 1990 in Burbank, California, U.S, under the birth sign Cancer. He is of Afro-Cuban descent. Jeremy went to Hamilton Elementary School in Pasadena, California.

He is also known for his wonderful performances in the movies like Jerry Maguire, Brother Bear, The Ladykillers, Extreme Movie, Angry Video Game Nerd: The movie and others.

He started his career at a very young age when he was cast for the role of Rod Tidwell’s son Tyson in Jerry Maguire and also an as little boy in season 4 of Sister.

If Heaven didn't exist God would have to create it for Bernie Mac. Filled with cigars, and music, and the grandest stage upon which he can entertain for eternity. Happy birthday Bernie I know you are putting on the greatest show ever made up there. Love you and miss you man . . . #berniemac #berniemacshow #Happybirthday #Heaven @camilleswinbush @deedeedavis1 @kellitasmith1

He did voiceover job in a Koda in two major Disney films, Brother Bear and Brother Bear 2, Treasure Planet, Fat Albert, Zambezia and also for King of the Hill.

In the year 1997, Suarez appeared as Ryce Watkins in the TV drama Built to Last. He was also cast as Raymond Wilkes on another TV series Chicago Hope from 1996 to 1998.

From the year 2001 to 2006 Suarez was a part of another TV show named The Bernie Mac Show where he played the character of Jordan Thompkins. Some of his another Television shows are The Wayans Bros, MADtv, Max Steel and so on.

Jeremy Suarez's net worth is $700 thousand at present. He has earned an outstanding salary through his different movies, shows, and endorsements. He has made his appearances in several movies and TV shows in his career.

He has now grown up and looks very handsome with a great height of 5 feet 7 inches and a decent weight.

Jeremy is an unmarried man. He is not dating anyone currently (publicly). He is out of the media these days.

Suarez started his career when he was only 6-years-old. There were many child artists in Hollywood who disappear after working in some movies in their childhood but Jeremy is still working. Today he is mostly doing voice-over work in many animated movies. The former child actor has some big projects coming up to entertain his fans.

In 2006, he appeared on the show Larry King Life to talk about the death of actor/comedian Bernie Mac. He was one of the thousands of mourners at the funeral of Bernie Mac and gave a heartfelt condolence speech during the eulogy.

As far as his dating life is concerned he has not revealed any of the information regarding this. He is currently single and as of now, he is finding that perfect girl for him.