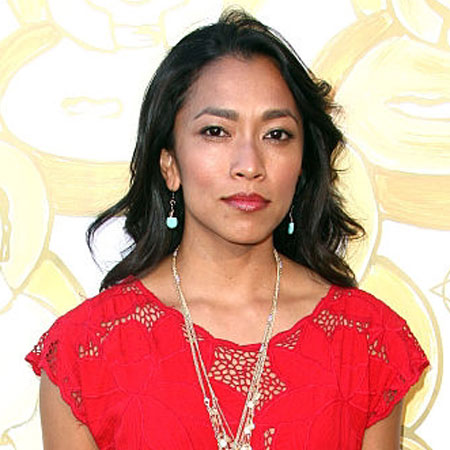 Most notable for her role as a Ca s sandra in the SyFy series Z Nation, Pisay Pao is one of the renowned names in the world of acting. She has made her appearance in a couple of short and features movies.  She is also pa s sionate about fashion, and a strong advocate for women rights, she has stated that she wants to find a way to bring justice for all women who are victims of sexual violence.

Pisay Pao was born on November 1, 1984, in the refugee camp in Thailand. Regarding her nationality, she is American and as far as her ethnicity is concerned, Pao is mixed. Her star sign is Scorpio. She has a half-brother who stayed in Auckland, New Zealand.

Pisay moved to Seattle, Washington at the age of 2. She loves artistic works. She began painting, drawing, dancing and performing at a young age. Her parents pushed her to excel academically when she was 10-year-old. Upon high school graduation, she received the full scholarship to attend the University of Washington.

However, after a year, she became unhappy with her decision and decided to a career in the fashion world. Then, continue her education in the performing arts. After graduating from the design school, she met a model/actress who introduced with a modeling agent. She then began appearing in ramp walk and commercials of the agency before marking in the television and films.

In the mid-2000s, she started getting a minor role in independent and TV films. She made a cameo appearance in an indie film Simply Fabulous (2005).

Pisay earned her fame when she showed her acting skills in Z Nation which is an action/horror/comedy/drama and post-apocalyptic television series which aired on Syfy. Karl Schafer and Craig Engler directed the series.

Moreover, in 2010, she made her appearance in a short thriller drama movie Your Lucky Day. It was released on May 22, 2010. Dan Brown directed this movie. Pisay acted along with Rider Strong, Philip Davidson, Tony Doupe and Michael Lewis Hudson. She also appeared in a TV movie Door to Door in 2012.

The show was premiered on September 12, 2014. In the series, she acted alongside Kellita Smith, DJ Qualls, Michael Welch, Keith Allan, Nat Zang, Ramola Young, Joseph Gatt, and others. On Nov 29, 2016, Syfy renewed the fourth season. The fourth season had 13 episodes. In 2018, she appeared in Bitter Melons.

In 2019, the actress made an appearance in projects We Take the Low Road and Doom Patrol.

Pisay Pao is one of the renowned faces of Z Nation earns a huge amount of money from her career. According to some online sources, her net worth is $250K as of 2019. She received $30K an episode from her popular series Z Nation.

The major source of income of Pisay is her work in movies and TV shows. Apart from it, she makes money from her modeling contracts and commercial appearances.

It has been reported that Pisay has a house in Los Angeles, California. She also has her self-titled YouTube channel where he has over 1.59k subscribers.

Pisay Pao an unmarried woman. She is not involved in any kind of relationships to date. There is no info available about her affair, married and husband. It seems she is not married. She has a brother who lives in New Zealand.

Pisay is dedicated and devoted on her career. Moreover, she is a great painter, dancer, and performer. Her favorite dance style is hip-hop and Odissi.

Apart from her professional career, she loves to watch Grimm, Gotham, and Once Upon a Time on television. Jennifer Lawrence, Cate Blanchett, and Michael Fa s sbender are her admirers. She wished to have her own restaurant.

Pisay is very close to her family and friends. She has hobbies of cooking and Japanese and pasta are her favorite foods. She is a Christian. She has visited Cambodia to visit family members that are still there, and her first trip to Cambodia was in 2001.

Pao is active on Instagram. Her Instagram is filled with her funny and memorable images. She usually spends time with her family members and friends from the industry.