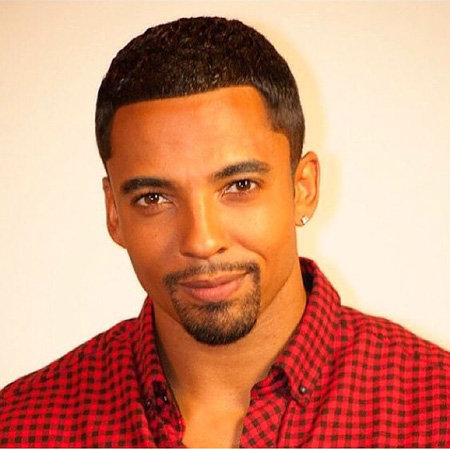 Christian Keyes is an American actor, model, producer, screenwriter, and singer. He is best known for his portrayal as Levi Sterling in Bounce TV prime time soap opera, Saints & Sinners. Keyes has appeared in several films and made-for-television movies, including leading roles in Perfect Combination (2010), Lord, All Men Can't Be Dogs (2011) alongside Vivica A. Fox, Note to Self (2012), Act Like You Love Me (2013) and The Man in 3B (2015).

He was born on July 24, 1975, in Detroit, Michigan. He was raised in Flint and is best known for his role as Levi Sterling in the Bounce TV prime time soap opera, Saints, and Sinners. He has also appeared in several movies and has worked as a fitness trainer.

For his training, he studied at a couple of different schools but most of his training was in musical theater. He studied at Ferris State University in Michigan, where he had taken a bunch of acting classes too.

Keyes started his career by appearing in various stage productions. He also worked as a model and a fitness trainer. He made his screen debut by appearing in a small part in ‘Diary of a Mad Black Woman’, a 2005 comedy-drama film. The film also starred actress Kimberly Elise.

In 2011, Keyes got the role of Troy in the BET romantic comedy series ‘Let’s Stay Together’. He had recurring roles in the series and appeared until the end of the show in 2014. He has also appeared in several films and made-for-television movies.

Besides film and television, he has also appeared in a Tyler Perry's stage plays including "Madea Goes To Jail" and "What's Done in the Dark" and music videos of Keri Hilson's "Energy" and Ashanti’s 'The Way That I Love You'.

Christian Keyes's Net Worth And Salary

Christian Keyes' currently has a net worth of $1.5 million. He got his inspiration from a wide range of actors and actresses including Jeffrey Wright, Don Cheadle, Will Smith, Denzel Washington, Robert De Niro, Anthony Hopkins and Meryl Streep.

Like many celebrities out there, Keyes prefers not to share his personal information in the media. He has been in a short-lived relationship Baje Fetcher. He has a son named Christian Keyes Jr., but information regarding his girlfriend or wife. It is speculated that he is single and not yet married.