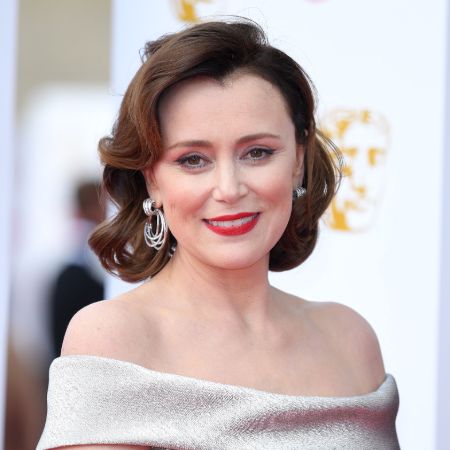 Claire Julia "Keeley" Hawes is an English actress and producer. She is prominent for her role as Zoe Reynolds in the BBC series Spooks and DI Alex Drake in Ashes to Ashes.

Keeley is the youngest of four children, and her father and two brothers are all London cabbies. The 45-year-old grew up in a council flat in Marylebone and worked various part-time jobs, including a casino, Sainsbury, and McDonald as a teenager.

Hawes attended Sylvia Young Theatre School, where she met singer Emma Bunton. She also had elocution lessons to eliminate her broad c* * kney accent at Sylvia Young. Keeley was spotted in Oxford Street in London by a modeling scout while in the sixth form.

The 44-year-old was eventually signed up by Select Model Management. "We're not an acting family, but my parents have always encouraged me. I'm sure my dad spreads the word about my programmes to everyone who gets in his cab, which must help the ratings!," she told BBC.

Who is she married to? Husband & Children

Hawes is happily married to her longtime husband, actor Matthew Macfadyen. Matthew is best known for his performance as Mr. Darcy in Joe Wright's Pride & Prejudice and Daniel in the Frank Oz comedy Death at a Funeral.

The two first met while co-starring in BBC One's spy drama series, Spooks, from 2002 to 2004. After dating for two years, Hawes and Macfadyen tied the knot in a private ceremony in their local Registry Office on October 8, 2004. 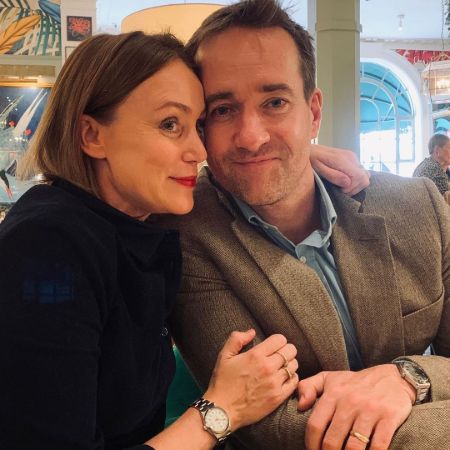 They have two children together. Their first child, daughter Maggie Macfadyen, was born in December 2004. The pair welcomed their second child, son Ralph Macfadyen, in September 2006. Keeley also has a son from her previous marriage.

She gave birth to her first child, son Myles McCallum in April 2000, at the age of 24. Myles' father is her then-boyfriend, DJ Spencer McCallum. Hawes and McCallum exchanged their wedding vows in December 2001. However, the marriage was short-lived, and the two separated just five months later.

How much is Keeley Hawes's net worth?

Hawes's net worth is estimated at $3 million as of 2021. She started her career with a number of literary adaptations, including Our Mutual Friend and Tipping the Velvet. After gaining popularity for her portrayal of Zoe Reynolds in the BBC series Spooks, she played DI Alex Drake in the crime drama series Ashes to Ashes.

The 44-year-old starred in the comedy-drama series, The Durrells, from 2016 to 2019. Keeley played as Louisa Durrell in the series, alongside Milo Parker, Josh O'Connor, Alexis Georgoulis, Alexis Conran, and Barbara Flynn. Since 2021, she has been playing a starring role in the television comedy-drama Finding Alice, along with Kenneth Cranham, Nigel Havers, and Gemma Jones.