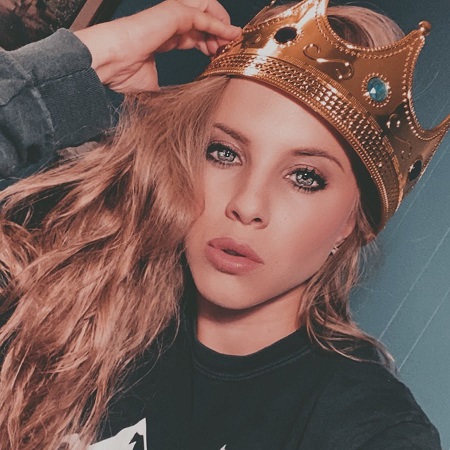 Katie Noel is a rising American cover artist and singer-songwriter who came into the spotlight from her YouTube channel, where she posts videos of her cover songs. The singer is also the founder of a clothing line, Diesel Gang Apparel.

Katie was born Katie McGalliard on 25th October 1999, in North Carolina, the United States of America. As of 2020, she is 20 years old. She was born under the birth sign of Scorpio.

Besides this, Katie did not reveal anything about her educational background, siblings, early life, parents, family, and childhood.

Katie came into the spotlight for uploading cover videos on her YouTube. Her first uploaded video was Girls slays Black Beetles cover. She has released many singles like Snow White, Country Valet, Running on a Dream, Carolina Gang, Jeep Gang, and Blood Red.

As of 2020, she is recording her third studio album that is set to be released this year. Besides this, she is also the owner of an apparel line called Diesel Gang Apparel.

As of 2020, Katie Noel’s net worth is estimated to be around $500 thousand, which she collected from her YouTube career, singing career, and apparel line.

Talking about Katie’s personal life, she has not disclosed much about it-she has not disclosed anything about her current relationship status and dating life. Though some sources have claimed that she is dating Autumn Brooke who is also a singer, the rumored couple has not confirmed nor denied the allegations.

She spends quality time with her pet dog. She even created an Instagram account of her pet dog, Dixie, called i_am_dieseldog.