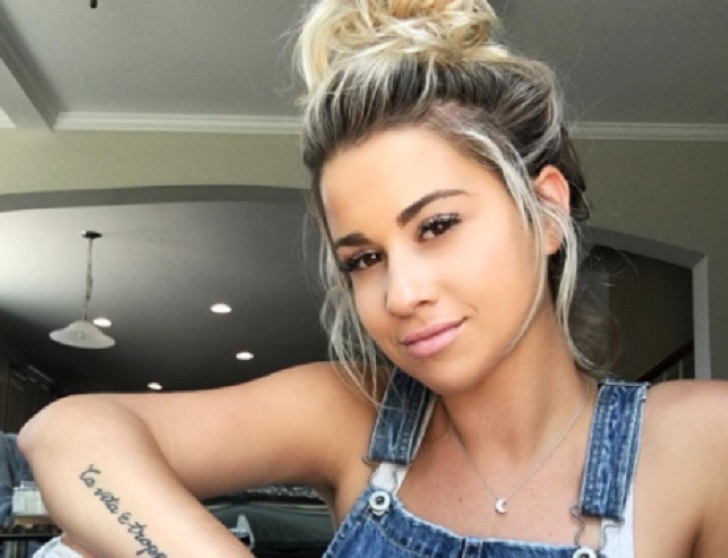 Katelyn Jae was born on February 19, 1992, in Philadelphia, the United State of America under the zodiac sign of Pisces. People who fall under this zodiac are selfless and are always willing to help others. She was one of the three children of mother Karen. She grew up along with his two brothers. As per the source, her parents separated when she was small.

She used to sing from her young age and while she was in 6th grade, her talent was noticed by a choir teacher when she performed the Celine Dion's song My Heart Will Go On. She grew up in Philadelphian and completed her schooling there.

After she completed her high school, she attended West Chester University and graduated with a degree in music management.

After graduating from West Chester University, she focused on her singing and music career. In 2008, she took part in the International Model and Talented Association conference and was able to get in the position of top five. After she got to the top five, she received radio play for her original song Skills.

Jae later represented America in the 2010/2011 Avon Voices Global Singing Talent Search. She even competed at the Take the Stage contest and was able to win the contest. She also won the first season of YOBI.TT. She released a music video for 24KT in August 2014 which brought her into the limelight.

In a video presented below, we can see Katelyn Jae's 24KT song which was released in August 2014 and was one of her biggest hits.

Besides, she is also a famous social media star where she has 496k followers on her Instagram as of 2019. She frequently posts her photo with her husband as well as her daily life activities.

Katelyn Jae's net worth has not been revealed in the media yet, but as a singer and music creator, she has earned some decent amount of money. She even won the first season of YOBI.TV. As well as she won Take the Stage contest from which we can speculate she earned a handsome sum of money. Though her exact net worth is still under review, we can speculate that she might have her net worth over $100,000. Furthermore, she is a dog lover and has a Pitbull which costs approximately $2,000.

To talk about her husband Brown, his net worth is estimated to be around $2 million. As a singer, he has made a good fortune. He has released many songs and music videos for them which is the major source of his millions dollar fortune.

Katelyn Jae is a gorgeous woman who has been married to her longtime-boyfriend Kane Brown. Brown is a popular country music singer and songwriter. They tied the knot on October 12, 2018, at Mint Spring Farm in Franklin, Tennessee wedding.

yayyyy to one month of the married life

Their marriage ceremony was attended by more than 200 people. After dating for years, Kane proposed to his girlfriend when they were watching a horror movie The Amityville Horror in April 2017.

Soon after the wedding, Kane shows the tattoos of his wife name in his right hand.

You May Also Like: Ashley Leisinger, Jhene Aiko, Leona Lewis, and Jeremy Maguire