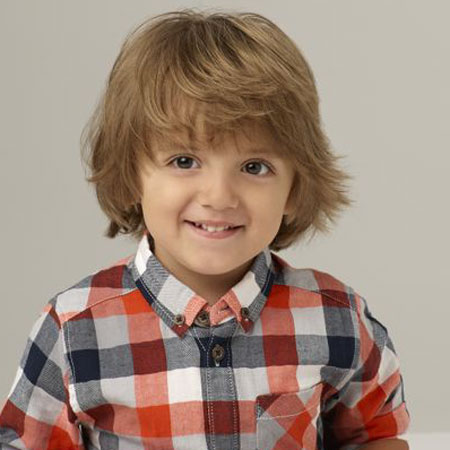 Jeremy Maguire is a child actor. He rose to fame after appearing in the renowned TV series, Modern Family as Fulgencio Joseph “Joe” Pritchett. Currently, he appeared as Trevor in the movie, I’m Not Here.

Jeremy Maguire was born on 10th August 2011, in the United States. Regarding his nationality, he is American and belongs to the White ethnicity.

Maguire began his on-screen career at the age of four in the ABC TV series, Modern Family as Joe Pritchett. He was cast alongside actors, Julie Bowen, Sofia Vergara, and Ty Burrell. Firstly, the role was played by the young actor, Pierce Wallace but later, he was replaced by Maguire after producers wanted an older actor.

Maguire has made a film debut with I’m Not Here portraying as Trevor opposite J.K Simmons & Sebastian Stan. Besides that, Maguire also appeared in the commercial laundry detergent, Tide.

Personal life and Net worth

The six years old actor, Jeremy Maguire is currently focused on his acting career & education. Besides acting, he is also very much accessible on the social networking sites including Twitter & Instagram. His cuteness has made him as one of the notable child actors of the current time.

At the very young age, Maguire successfully won the heart of thousands of people. In the same way, he makes a good amount of money from his acting professions.

Maguire earned an undisclosed amount from his work in the series, Modern Family. As per some online sources, the other four child stars earned between $15,000-$25,000 per episode, it's likely that he earns a similar amount as well.?