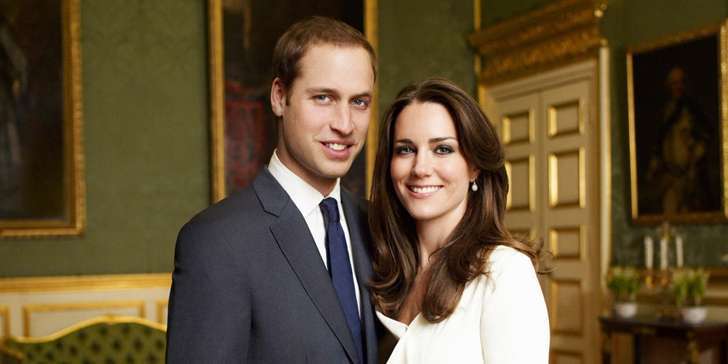 This earlier April, The Duke and Duchess of Cambridge, famously visited the Taj Mahal. And it made a lot of headlines and news. Prince William and Princess Kate were on a tour to Bhutan and India. As they visited the Royal Family of Bhutan their last stop was the monument symbolized for love, The Taj Mahal. Where 20 years ago, William's mother Princess Diana, too visited and made an iconic photo shot. Prince William and his wife Kate Middleton were also remembering William's mother visit to the Taj.

Kate looked elegant, in the white and blue piece designed by an Indian designer, Naeem Khan and William looked equally classy with his blue tux. The pair also did a similar photoshoot as Diana's. Which they posted in the social networking sites later. As the Royal couple made their way to the monumental site, Prince William was seen very emotional. In some photographs caught, he appeared to look very emotional and was seen wiping off tears from his eyes. Speculations were this might be the reason as of his mother's memories that are so famously attached in the visit to The Taj Mahal.

The Royal couple also took a similar photo as to Lady Diana's, sitting in a bench in front of the mighty Mahal. 20 years ago, Diana made an iconic photograph. She wore a red jacket and purple skirt and looked gorgeous. After the famous tour by the Duke and Duchess was over, they both shared the good experiences attached with the visit. They both agree that the tour was quite a splendid one after coming back to London. They agreed that they missed their kids while gone to tour. Rumors had it, that the couple did not bring Prince George to the trip as he is quite naughty. The couple, altogether sports a total net worth of $41 million.