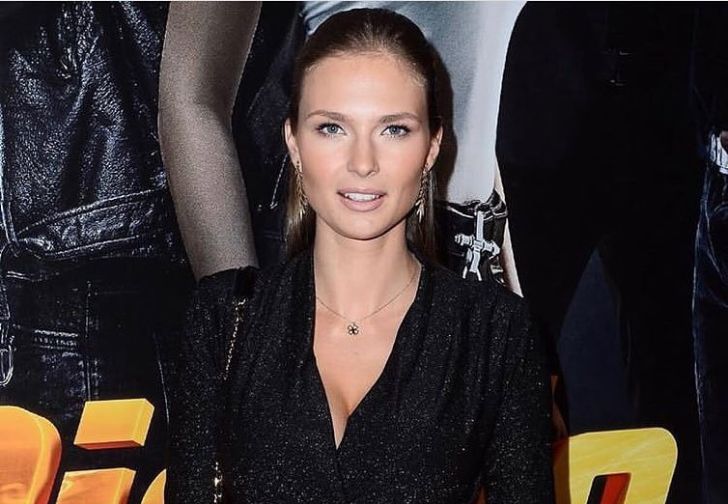 Karolina Szymczak, a Polish actress, and model is best-known for playing Alcmene in the 2014 film Hercules, which was also her film debut. Having worked in the TV series Oko za oko (2018), she has appeared in the films Polityka (2019) and Diablo. The race for everything (2019). Along with acting, Szymczak continues her career in modeling in association with agencies based in Los Angeles & New York in the USA, Poland & other countries of Europe.

No doubt, that the alluring blonde beauty with blue eyes attracts a lot of attention to her personal life as well. Reportedly, she is married, so who is her husband? Get details on her family, relationship & career below.

When and Where Was Karolina Szymczak Born?

Szymczak was born on October 25, 1991, in Zlotoryja, Dolnoslaskie, Poland, and holds Polish nationality. Her mother's name is Ewa Głowacka-Szynal while the detail on her father is yet to be out. She also has a sister named Katarzyna Sawińska.

In 2020, Karolin joined the SWPS University of Social Sciences and Humanities in Warsaw, Poland, and studies Clinical Psychology.

Career As An Actress

Karoline Syzmczak made her acting debut in 2014 as Alcmene in adventure-fantasy Hercules starring Dwayne Johnson, John Hurt, and Ian McShane. The movie made on the budget of $100 million collected $244.8 million in the box-office.

After that in 2017, she was cast as Marlena in "Gwiazdy" (Stars), a biography drama of an acclaimed Silesian football player Jan Banas. Moreover, the actress earned the lead role in the short-film Cuba, which screened at the Cinefest film festival in Los Angeles.

In 2018, the Polish actress portrayed Patrycja in 10 episodes of Oko za oko alongside Dominika Lakomska, Lukasz Konopka, and Kaja Walden. Her most recent on-screen appearances were in Diablo. The race for everything (2019) and Polityka (2019), totaling 5 acting credits so far.

Alongside acting, she also worked as a model & has associations with top international agencies, such as Lightbox Warsaw (in Poland) and SPP models. Moreover, Karoline also represents TV & film artist-dedicated Brave Artists Management in Los Angeles, California. Formerly, she worked as a model for ONE.1 before departure in 2017.

Szymczak is a happily married woman & lives in Warsaw, Poland with her husband Piotra Adamczyk. As for fact, the duo has an age difference of 19 years; Karoline's spouse being senior. Reportedly, they married in a private ceremony in July 2019, and are together ever since.

The couple is not shy about sharing their adorable posts on social media platforms like Instagram. Karoline Szymczak often flaunter romantic posts with her husband Piotra on her Instagram account (@karolina.szymczak) with over 10K followers in 2020.

They do not share any children at the moment or has announced any news of pregnancy.

Did you know? In June 2019, before a month of her wedding, Karolina broke her shoulders in a  bicycle accident.

As per online sources, Karolina has a net worth of $200,000 in October 2020. Having worked in box-office blockbuster Hercules (2014), the Polish actress worked in TV series Oko za oko (2018) & in films: Diablo. The race for everything and Polityka. Furthermore, her career as a model earns her a notable sum though she remains mum about her payroll details. No doubt that she earns a hefty tends of thousand dollars per year.