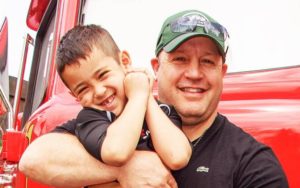 For star kids, media attention has been eminent since birth, especially when one's parents are both celebrities. So is for Kannon Valentine James, the son of comedian Kevin James, a well-known American actor, and his spouse Steffiana de la Cruz, an actress. Kannon is one of four children of his actor parents, who have been in a marital relationship since 2004.

When Is Kannon Valentine James' Birthday? Age In 2022?

The birth of Kannon Valentine James came in the auspicious moment of Easter, adding to the joy of family celebration. James was born on April 24, 2011, in a Boston hospital, on Easter Day, which soon became news headlines. At the time of arrival, his father, Kevin James, was 46, while his mother, Steffina de la Cruz, was 36.

Kannon is 11 years old and lives with his parents and siblings.

A couple of months after his birth, the star kid's father starred in the film Zookeeper (released in July 2011), which became a box-office success with a $169.8 million collection. It did gather up gossip among fans as Kannon was a lucky charm for them. 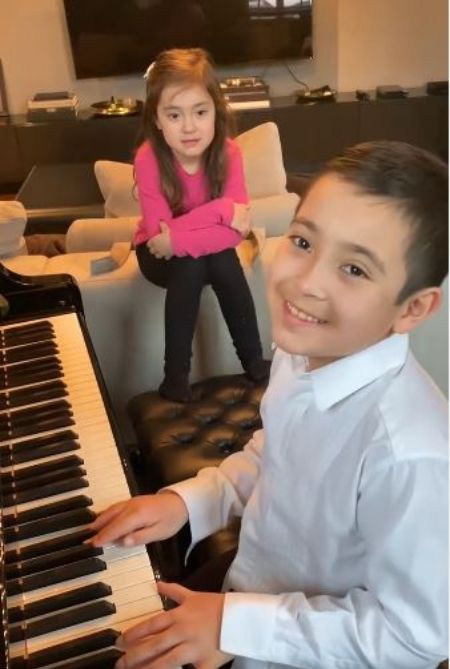 Much like his cute and innocent facial structure, Kannon has a unique name. Reportedly, its inspiration came from a Chinese Buddhist deity of Mercy, "Kuan-yin." His middle name, 'Valentine,' is a tribute to his grandfather Joseph Valentine Knipfing.

Valentine also happened to be the name of the last three Roman emperors.

One Of The Four Kids Of Actor Parents

Kannon Valentine James is the third child (only son) of American actor and comedian Kevin James and actress Steffiana de la Cruz. He grew up with his sisters: Sienna-Marie James (b. September 30, 2005), Shea Joelle James (b, June 14, 2007), and Sistine Sabella James (b. January 2015).

Little James' mama, Steffiana de la Cruz, is an American model and actress. Her most well-known roles include "Zookeeper" (2011) and "Paul Blart: Mall Cop" (2012). Also, She is recognized as the wife of Kevin James, a well-known comedian and actor.

Father and Mother Met Through Blind Date: From Dating To Married Life

Kannon's parents met for the first time on a blind date which James's interior designer set up. They were in a relationship for two years before they made a move for holy vows.

The couple married on June 19, 2004; the wedding ceremony occurred at St. Edward Catholic Church in Dana Point in front of their longtime friends and her family. 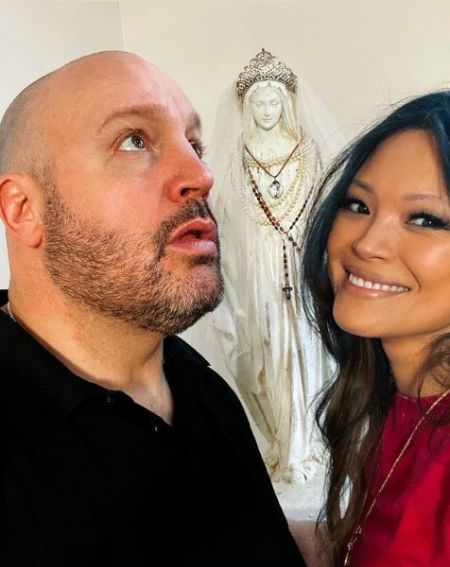 It's been over 18 years of their marriage, and even now, the duo doesn't hesitate to showcase their affection for each other.

An avid Instagram user, Kevin James often shares pictures of his wife & kids on his official account (@kevinjamesofficial) with more than 1.7 million followers.

How Luxiuors Is The Lifestyle Of Kannon Valentine James?

Kannon Valentine James is yet to jump into the entertainment world, unlike other star kids would do. Probably, already familiar with the hectic life of the acting world, Kevin and Steffiana wish Kannon to remain out of the profession and enjoy his childhood as a normal kid.

But, no doubt, with an immense fortune from both acclaimed parents, Kannon Valentine James lives a luxurious lifestyle. Both of his parents are millionaires. According to Celebrity Net Worth, Kevin James has a net worth of $100 million as of 2022. On the other, Steffiana owns a fortune worth $5 million.

Many were concerned about him making money from the television series The Kings of Queens. However, he doesn't make money from the tv series anymore as it was finished in 2007 after completing its 206 episodes.

Please stay connected with us for more exciting articles: ArticleBio.