Another celebrity couple engagement this year!!

The Big Bang Theory starlet Kaley Cuoco and her long-time boyfriend Karl Cook are engaged. The pro jockey Cook announced their engagement on Instagram on Thursday where he shared his fiancee's reaction to his proposal. 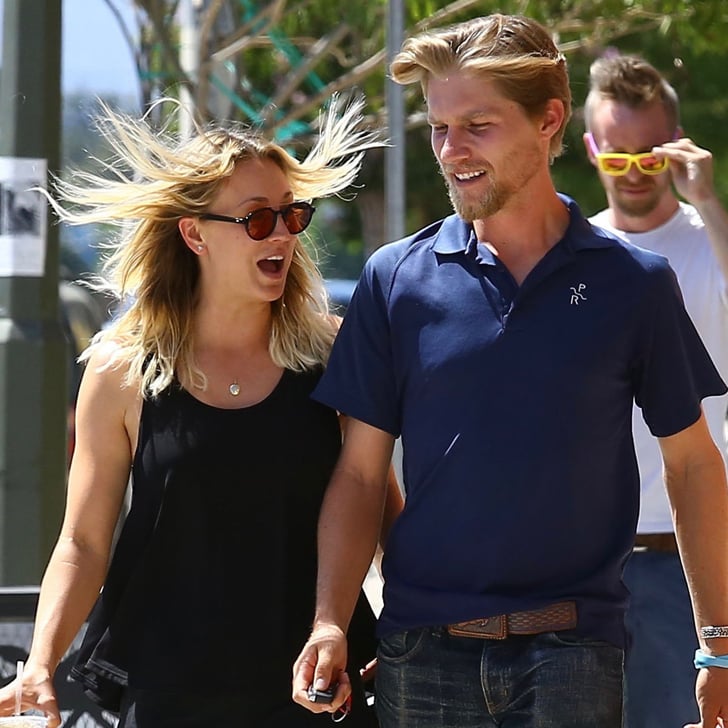 Cook, 26, popped the question to his girlfriend of two years on Cuoco's 32nd birthday, which came out as the biggest and the happiest surprise she has ever got.

Kaley couldn't control her emotions when her beau asked the big question, and she looked happy, nervous, crying, and laughing all at a time which we can see in the Instagram video by Karl which he captioned as, "Who knew my prior post was oracular. (click on the link above to watch the video)

In the video, it can be heard Cook asking his girlfriend, ''What's on your finger, honey?"

Cook also shared an image of the pear-shaped diamond engagement ring on his Instagram, which he captioned as:

I am so so so happy. Thank you @nadis_diamonds for making the greatest ring I could hope for. Absolutely brilliant. Thank you thank you.

The lovebirds were first spotted together while going for a walk in New York and sparked the dating rumors in around March 2016, and they made their relationship public in September that year.