Justin Marcel McManus is a rising-promising American actor who grabbed huge attention for appearing as Omari in the television series, Star. The 6 feet tall actor is also known for appearing in Blue Bloods, Seven Seconds’ and The Separatists.

When Is Justin’s Birthday?

As per Justin’s Facebook post, he was born in 24th January. Since he did not reveal the birth year, his age is still missing. He was born in Elizabeth, New Jersey, and was raised in Carmel, Indiana, the United States of America. 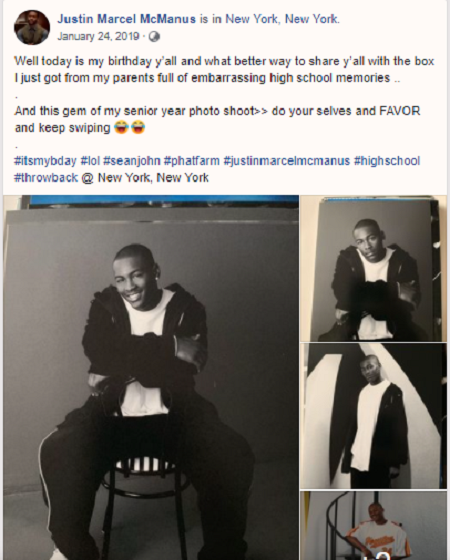 Justin is of American nationality and belongs to African-American-Panamanian decent. He completed a Bachelor’s Degree in Marketing from the University of Dayton. During his university days, he played Division 1 Baseball.

Upon graduation, Justin moved to New York City to pursue a modelling career. Ford Models signed him. Before starting an acting career, he was interested in fashion/portrait photography. He is also skilled in kickboxing and is an avid boxer.

Justin trained under the esteemed tutelage of an acting coach, Anthony Abelson. He came into the spotlight for his marvellous acting skill as Omari in the television series, STAR. Besides this, he has also guest appeared on series like Blue Bloods and Seven Seconds. He also has appeared in the short movie, The Separatists. He has also appeared in Power Book II: Ghost.

The rising actor Justin Marcel McManus’s net worth is reported to be around $300 thousand.

Who Is Justin Marcel McManus’s Girlfriend?

Justin has not talked much about his personal life. While surfing around his Instagram, he has posted a couple of pictures with a lady who is supposed to be his girlfriend. 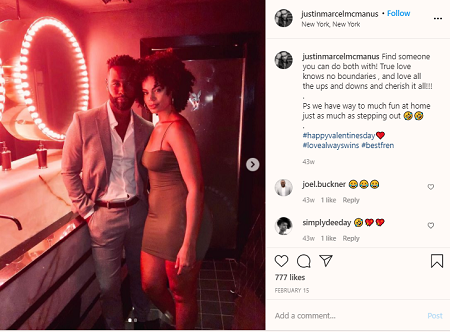 The detail information about his relationship and dating life is yet to be revealed. Keeping everything away from the curtain, they are happy together.