Noel MacNeal is an American actor, puppeteer, writer, singer, and television director. As a puppeteer, MacNeal is perhaps most known for his work on Sesame Street, Bear in the Big Blue House, Oobi, and Eureeka's Castle.

How Old is Noel MacNeal?

Noel MacNeal AKA Noel McNeal AKA Edward Noel MacNeal was born on September 15, 1961, in Harlem, New York, to a white father and an African-American mother. He is 59 years old at the time of this writing.

Noel MacNeal began his professional career in the early-'80s. Since 1985, MacNeal has been a featured performer in the animated-puppeteering-live-action comedy show Sesame Street. He has portrayed several characters in the kids' show, the most famous of which include Mrs. Snuffleupagus as well as various other Snuffleupagus relatives. 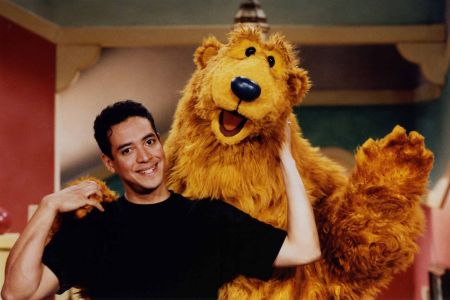 Noel MacNeal with Bear from Bear in the Big Blue House SOURCE: Pinterest

In addition to acting and puppeteering, MacNeal has also worked extensively behind-the-scenes of various kids' television shows as a writer and director.

He has written for such shows as Cyberchase, The Magic School Bus, Salty's Lighthouse, The Puzzle Place, Gullah Gullah, Island, Eureeka's Castle, A Very Special Goodnight Show, Nate the Great Bear in the Big Blue House, Breakfast with Bear, and The Good Night Show.

He has also directed episodes of such shows like The Good Night Show and Bear in the Big Blue House.

Father of a Son with Wife Susan Elia

Noel MacNeal has been married for over 20 years to his wife, author Susan Elia. MacNeal tied the knot with the author of the "Maggie Hope" mystery novel series on November 6, 1999, at a ceremony held at the Union Theological Seminary in Manhattan, New York. 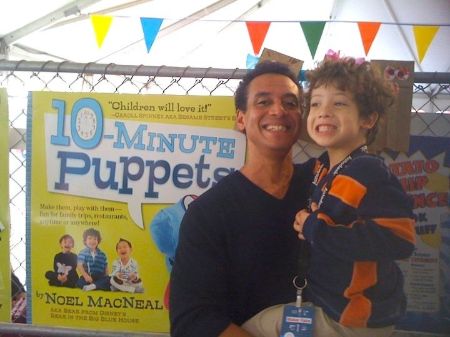 With Elia, MacNeal is a father to a child, a son named Matthew MacNeal, born in 2005.

According to some online sources, Noel MacNeal is believed to have a net worth of over $1 million. The 59-year-old has been in the entertainment industry since 1981 as an actor, puppeteer, writer, singer, and television director.

He is most famous for his work in the famous kids' animated-puppeteering-live-action comedy show Sesame Street beginning in the mid-'80s and continuing to this day.