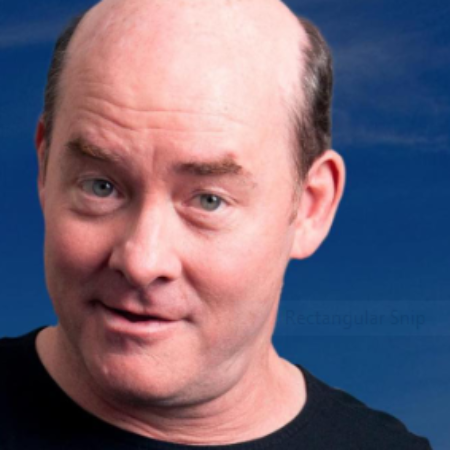 David Koechner is an American actor and comedian. One of the most prolific actors in the world, Koechner has been in nearly 200 films.

He has television shows including TV shows like Curb Your Enthusiasm, American Dad!, Hank, The Office, Another Period, and Twin Peaks; and movies like Austin Powers, Anchorman, Get Smart, and Final Destination 5.

David Koechner was born David Michael Koechner on August 24, 1962, one of six children, to business owner Cecil Stephen Koechner and his wife, Margaret Ann Downey. Koechner is currently 59 years old at the time of this writing. He is of above-average height and stands at 6 feet 2 inches (1.88 meters).

Born and raised in Tipton, Missouri, Koechner attended Benedictine College in Atchison, Kansas, and later, the University of Missouri in Columbia, Missouri, with the goal of pursuing a degree in Political Science.

Koechner began his career on a high note as a featured performer in the long-running NBC sketch comedy/variety show Saturday Night Live, beginning in 1995.

He decided upon a career in improv comedy and moved to Chicago, where he studied at ImprovOlympic and performed with The Second City comedy troupe. 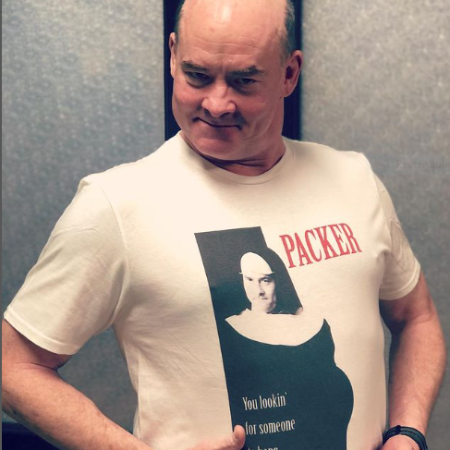 Since that time, Koechner has been in nearly 200 movies and TV shows. While primarily a comedy actor, Koechner has been seen in a wide range of movies including Austin Powers: The Spy Who Shagged Me, Anchorman: The Legend of Ron Burgundy, and The 40-Year-Old Virgin, The Dukes of Hazzard, Tenacious D in The Pick of Destiny.

On television, he is most known for his roles in TV shows like Curb Your Enthusiasm, American Dad!, Hank, The Office, The Goldbergs, Another Period, Twin Peaks, and Bless This Mess.

The comedian married his wife, Leigh Koechner, on June 27, 1998, just as his comedy career was starting to take off. They have five children together: sons Charlie and Sargent, and daughters Audrey, Margot, and Eve.

Sadly, he filed for divorce from Leigh on On February 1, 2019, after more than 20 years together, although no reason has been cited. Currently, the American star is single as there is no information regarding his current love life.

The Dukes of Hazzard actor was arrested for suspected drunk driving two times. He was arrested by the police to investigate the topic.

The office star was pulled over on June 4 at 1:47 a.m by Ohio State Highway Patrol Officers in Lawrence Country and taken into custody, according to an arrest record obtained by EW from the Ohio Department of Public Safety.

According to celebritynetworth.com, Koechner had a net worth of $4 million in 2022. The 58-year-old is an accomplished comedian and a prolific actor with nearly 200 film and TV appearances to his credit.

His net worth comes from his long-running acting career. The average salary of an American actor is about $50 thousand per year, and Koechner might be getting the same.

Talking about his recent fortune, he has $6 million in 2022. The actor has enough money to live a luxurious life with his family just like Dave Chappelle. As per some online sources, he lives in Los Angeles, where the median home price is $830 thousand.