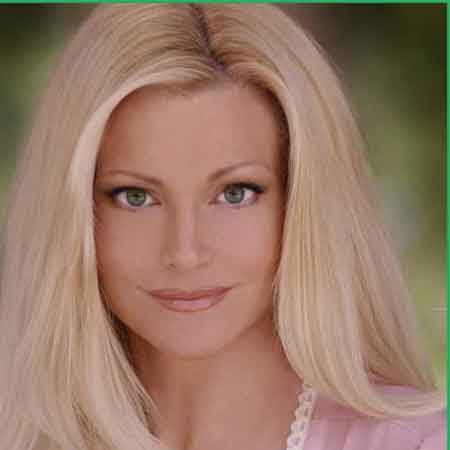 Prime-Time Emmy Award-winner Julie Michaels is a stuntwoman and actress who was raised with the motto 'Never think you can't do something because you are a girl'. She is best known for her role in Patrick Swayze's film Road House (1989). Her other movie credits include Jason Goes to Hell: The Final Friday (1993), Batman & Robin (1997), The Scorpion King (2002). Moreover, she has also appeared on Television series like Desperate  Housewives (2004), The Big Bang Theory (2011), Grey's Anatomy (2018), and others.

Throughout her career, Julie records more than 85 credits as a stunt double & coordinator which includes TV such as Team Knight Rider, Baywatch, V.I.P, CSI: Miami, Ghost Whisperer, Numb3rs, and How to Get Away with Murder. She is also an internet personality and is quite popular on Instagram.

Where Is Julie Michaels From?

Michaels was born on July 20, 1970, in the Northwest of the United States of America. She belongs to an air force family background.  She is an American as per her nationality and has white ethnicity. She is the daughter of Juan Manuel John Cavazos and Julie Doreen.

Michaels attended the University of Washington as an NCAA gymnast. From her childhood age, she was very athletic. She has also studied martial arts under Sensei Benny Urquidez. She then went on to win two titles in the Miss America Pageant before being cast in "Follies on Broadway".

As Michaels was very athletic since her childhood. At the age of 16, she participated in Huskies' NCAA Division-I Gymnastics Team which builds the foundation for stunts.

Glimpse Of Her Successful Journey

Julie Michael's career started after Joel Silver offered Michaels for a role in Patrick Swayze's film Road House in 1989. She made her second appearance in the movie Point Break in 1991, alongside Keanu Reeves, Patrick Swayze, Anthony Kiedis, and many others.

Her graphic fight scene with Keanu Reeves in the movie inspired the New York Times to dub her "The babe who nuked Keanu". She also killed "Jason" in Jason Goes to Hell: The Final Friday (1993) and tangled with Dwayne Johnson in The Scorpion King (2002).

In the year 1993, she appeared in two movies were Witchboard: The Return and Jason Go to Hell: The Final Friday along with Steven Culp.

She appeared in many other movies which include Batman & Robin, Titanic, The Scorpion King, and Rush Hour 3 with Tzi Ma.

Since 1993, Michaels began working as a stunt performer. She has done stunts on various films and television shows. She has also doubled for many actresses, most prominently Pamela Anderson on the TV show V.I.P.

She earned the Prime-Time Emmy Award for Outstanding Stunt Coordination for a Comedy or Variety Show. She was the first woman to receive the nomination in the category. She was also the nominee for Screen Actors Guild Award in 2011.

From 2014-20, Julie worked as a stunt coordinator in the TV series How to Get Away with Murder. In 2020, she worked on another TV project Diary of a Future President. Her upcoming projects are Hombre, The Mosquito Coast, and Big Shot.

Apart from this, Michaels has done some modeling and once participated in the Miss America pageant. Currently, she has her husband has their own company which works is based on a casting agency for an artist who needs it.

How Much Is Julie Michaels' Net Worth?

Professional in the on-screen venture throughout the late 80s, Michaels began to work as a stuntwoman in 1993 through Angel Falls & then in the 1995 film Batman Forever. Ever since her growing prominence in TV works & films has grabbed her a hefty sum. As of early 2021, Julie Michaels has a net worth of $1 million net worth.

Here is a list of her popular movies that collected huge money at the box office.

On 1st March 2016, Julie released a book called The Flower Workshop: Lessons in Arranging Blooms, Branches, Fruits, and Foraged Materials. It is priced at $9.99 for Kindle and $18.37 for Hardcover.

According to some sources, the actress owns a house in Hollywood Hills where the average price is 500k.

Aside from career success, Julie Michaels enjoys the perks of her blissful relationship. She has been married to Hollywood stuntman Peewee Piemonte since 1993. He is best known for his work on Southland and Jane The Virgin. The couple first met for a professional purpose in the set of Jason Goes To Hell.

They both used to work together and he used to a s sist her to do high fall. Besides this, she is not rumored to have other love relationships with any rumored boyfriends. The loving couple has been sharing the wonderful conjugal life since the beginning and we can't get enough of them.

How Old Is Julie Michaels? Her Age, Height, And Body Measurements